In MIA’s exhibition, visitor can follow Abraham Anghik Ruben’s continued exploration and contemporary interpretation of connections made between Inuit and Norse history and culture. Utilizing his already extensive research, Abraham expands on his past body of works that have been shared across cultural institutions around the world. With new references to important figures, stories, and events from the Norse canon Abraham moves beyond familiar epic poems such as “Beowulf” to the lesser-known seafaring adventures of “Saint Brendan” to the ending and subsequent birth of a new world in “Ragnarok II”. 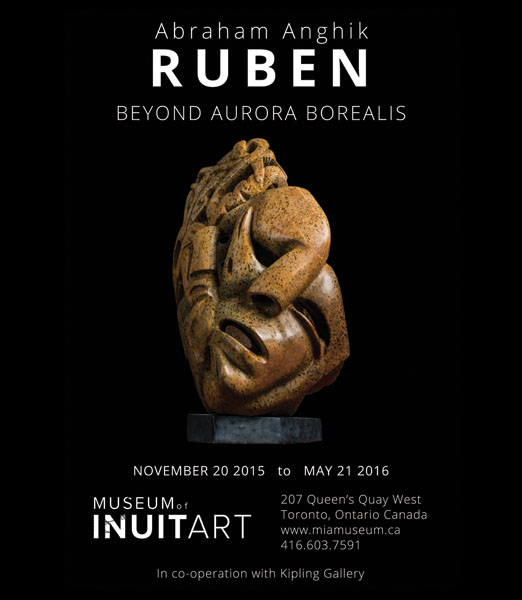