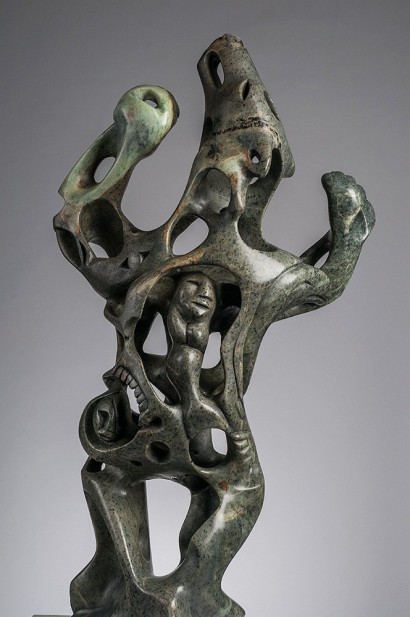 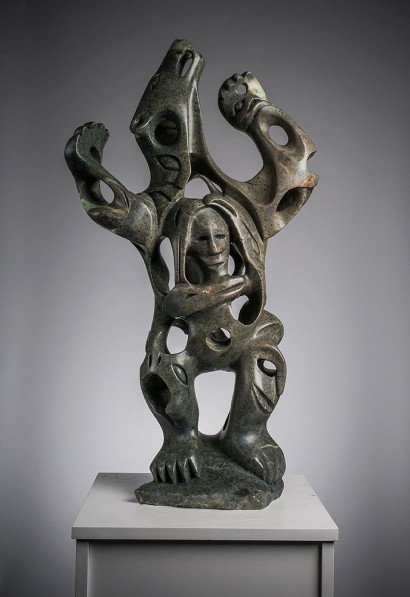 A thousand years ago, Inuit migrants travelled from Alaska on an eastward path to Greenland. Many shaman would have one or two bear spirit helpers. The land was relatively benign, foods plentiful, and the weather tolerable. As they moved into central Canada and onto Baffin Island, and Greenland, the time and energy needed for basic survival, increased. Game became more scarce and the landscape became more harsh. In response, the shamans would require more spirit helpers. Their numbers could increase to 15 or more, depending on the severity of the land and the hardship they would have to endure. In this sculpture, the bear is the shaman with spirit helpers covering its body.