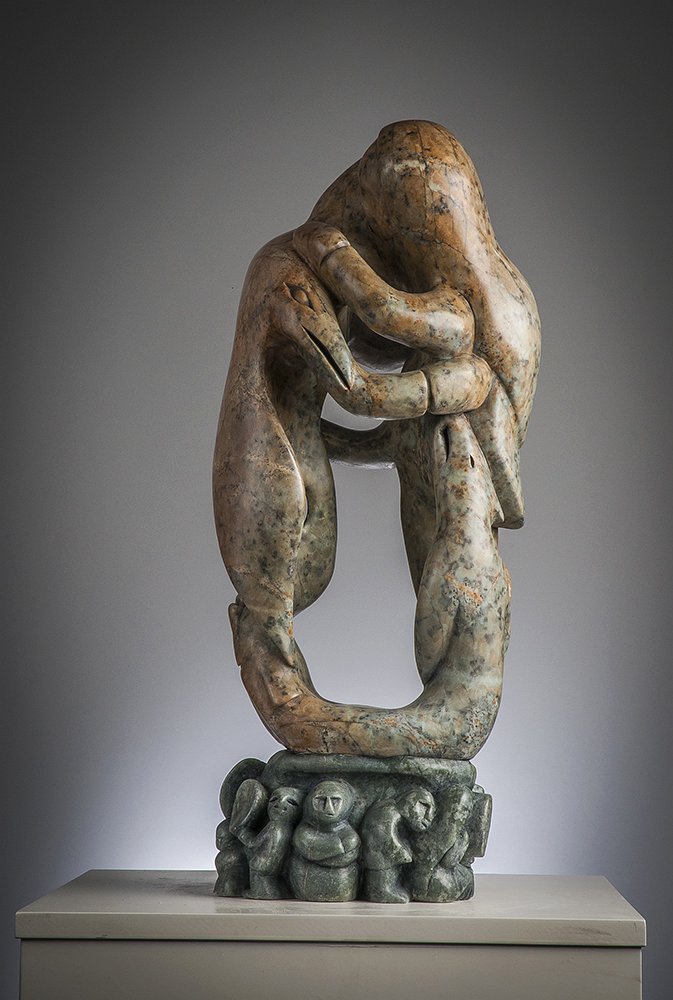 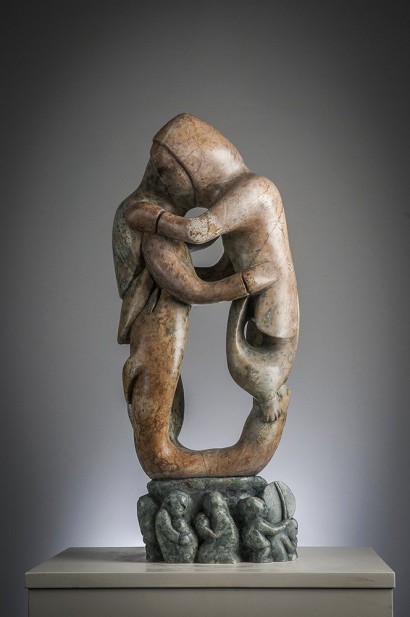 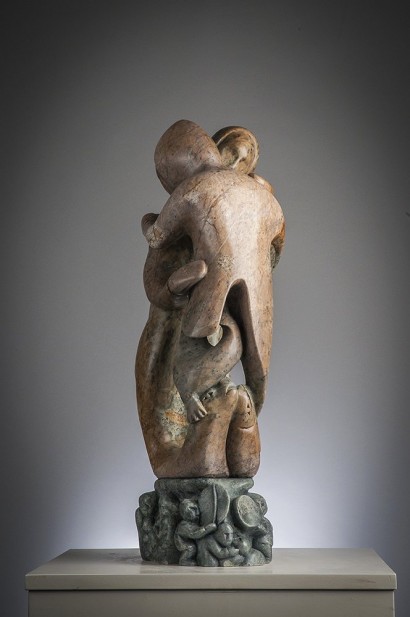 Amongst the Inuit of the far North, there is a long–standing cultural practice and tradition, that has played itself out, time and time again. This happens at times of hunger and starvation when game becomes scarce and the stores of food dwindle. In these extreme situations, the elders of isolated camps, likely the grandparents of a family group, would be asked to give up their lives to ensure the survival of young children. It is said that they did so willingly, with the understanding that this would allow the younger children a chance to survive and, in time, marry, and have their own children. This was part of the cultural and spiritual traditions of an Arctic people living in a harsh Arctic landscape. In this sculpture, the couple embrace, saying their last goodbye. At the base of the sculpture, the images represent their full lives.