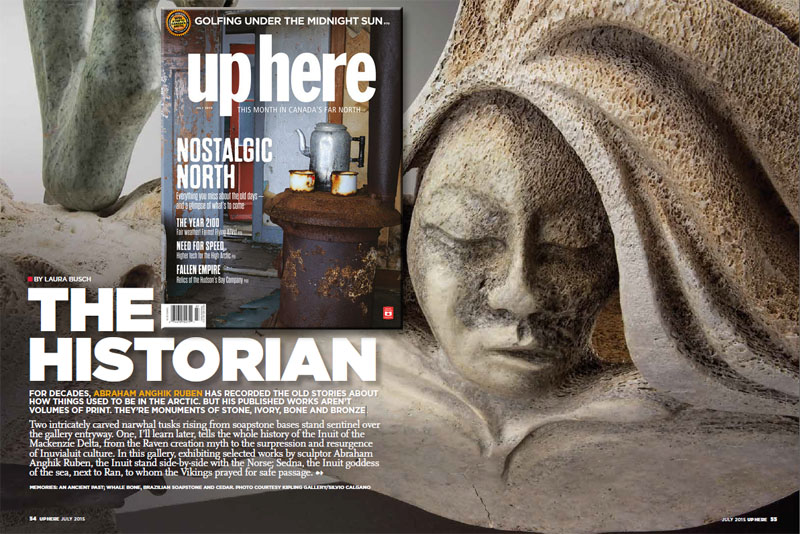 .
For decades, Abraham Anghik Ruben has recorded the old stories about how things used to be in the Arctic. But his published works aren’t volumes of print. They’re monuments of stone, ivory, bone and bronze.

Two intricately carved narwhal tusks rising from soapstone bases stand sentinel over the gallery entryway. One, I’ll learn later, tells the whole history of the Inuit of the Mackenzie Delta, from the Raven creation myth to the suppression and resurgence of Inuvialuit culture. In this gallery, exhibiting selected works by sculptor Abraham Anghik Ruben, the Inuit stand side-by-side with the Norse; Sedna, the Inuit goddess of the sea, next to Ran, to whom the Vikings prayed for safe passage.