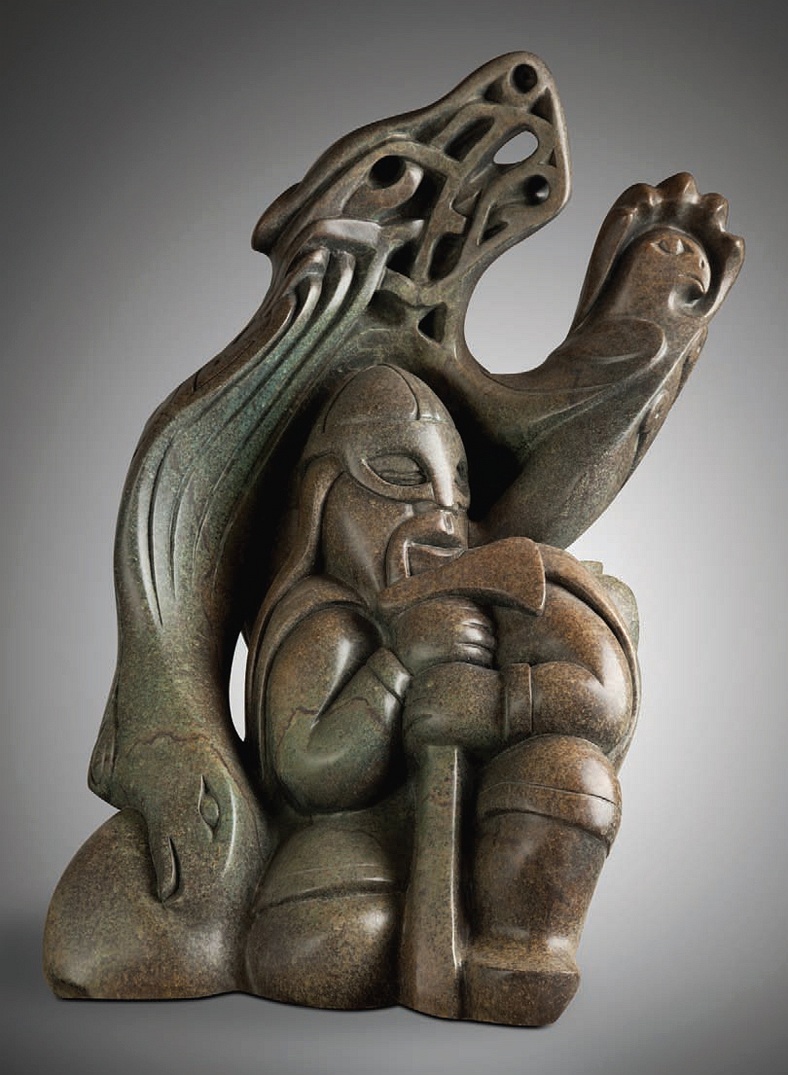 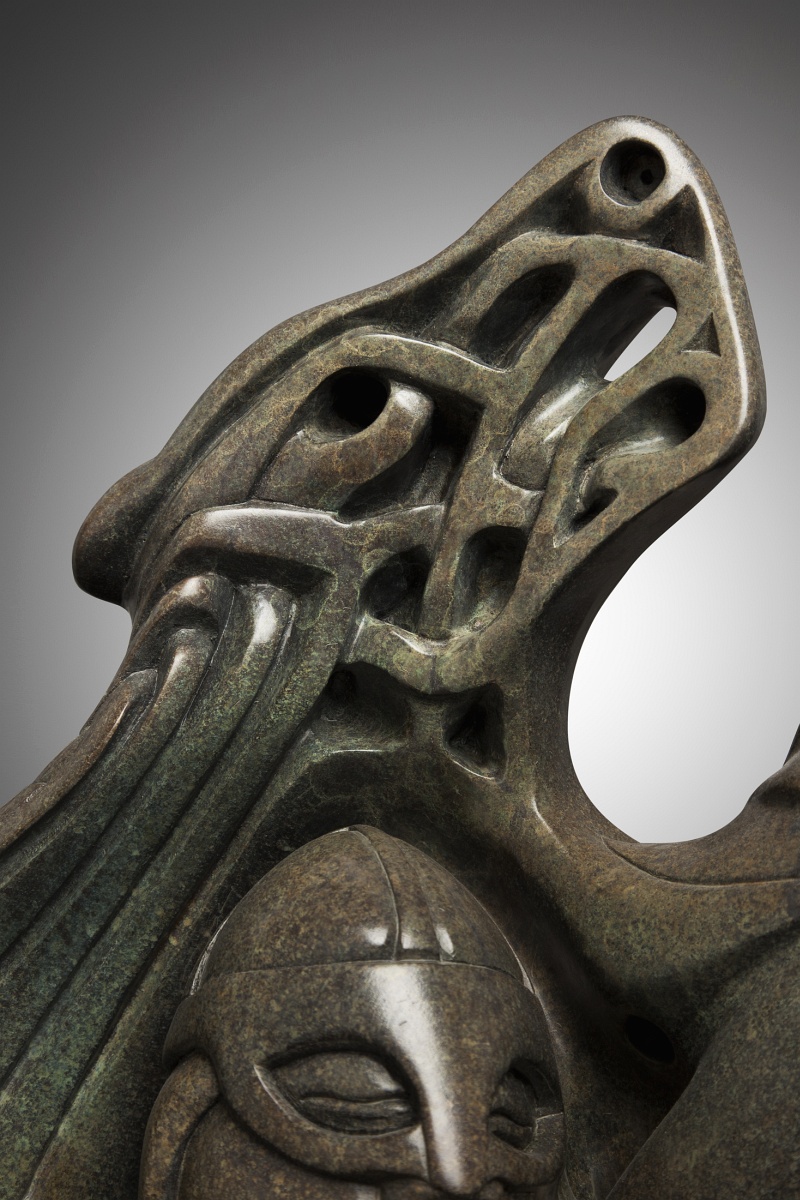 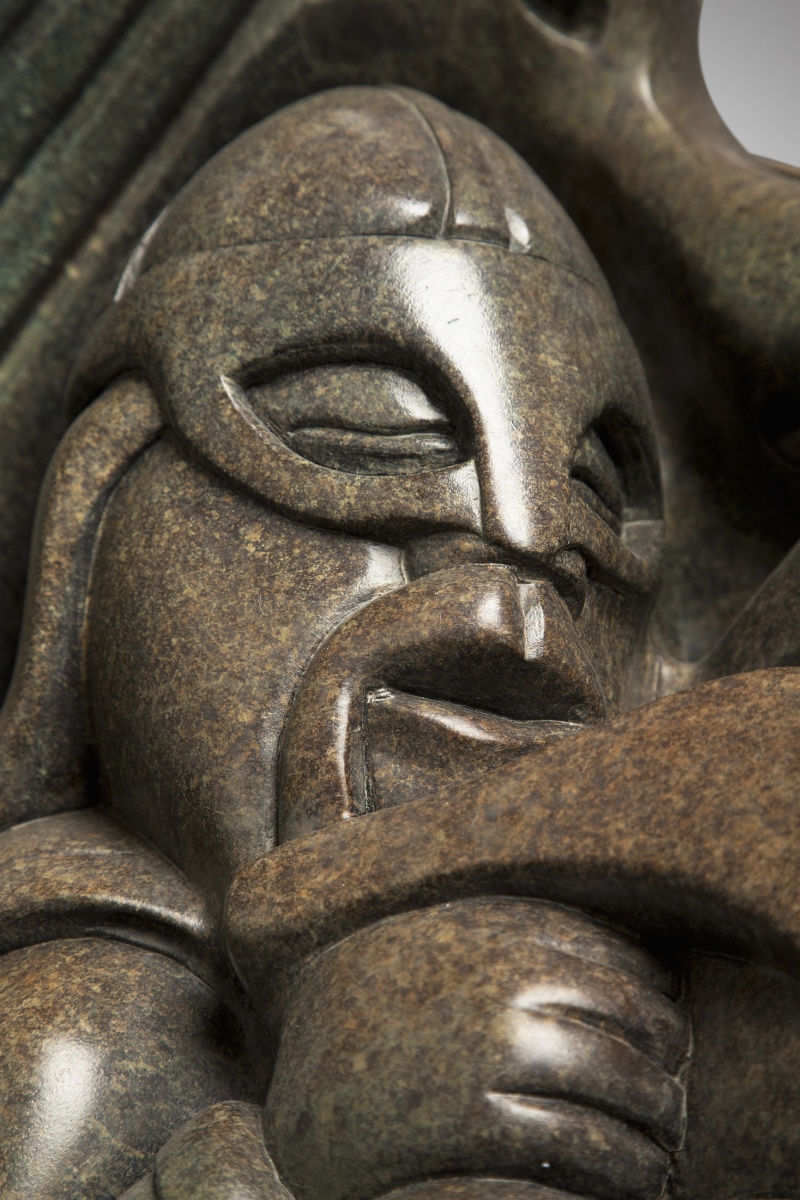 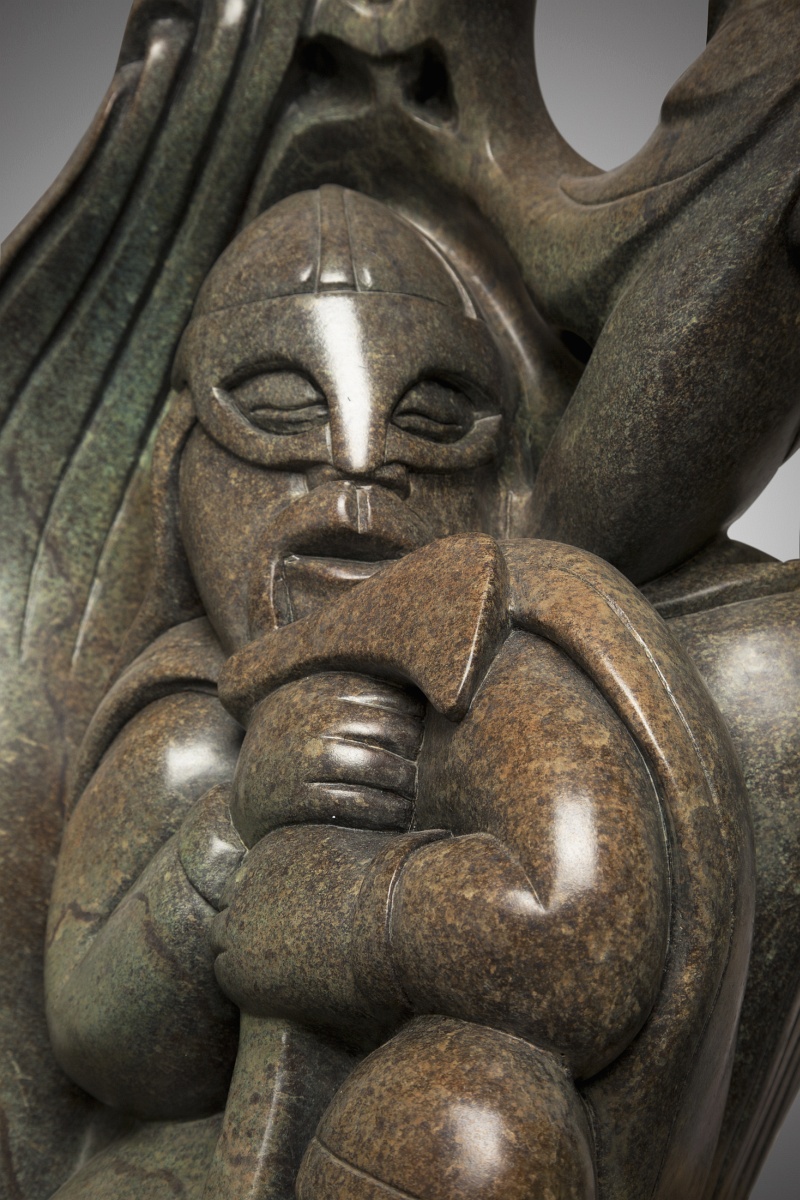 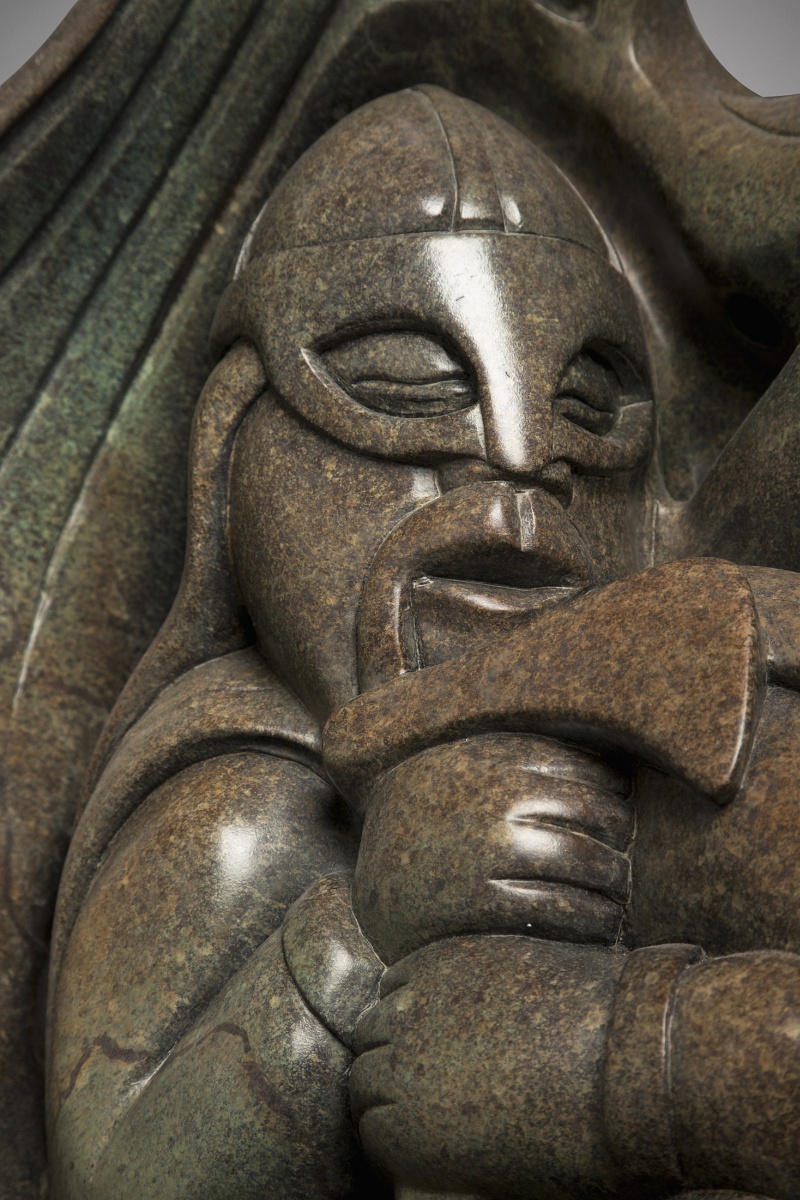 The Icelandic Sagas speak of the heroic lives and actions of the early settlers to Iceland. The stories told are of individuals and families as they and their followers break the soil, build their farmsteads and end to their animals, all the while holding fast to their ancient traditions and beliefs.  In this new land, Thor, not Odin was the God of choice, as warfare and marauding were not the principle preoccupations.  Farming and animal husbandry and the many needs of staying alive were foremost in the lives of the early settlers. Odin was the ancient God of War and Thor more representative of the daily lives and activities of men.  Thor and its variations became the common surname for these warriors. i.e. Thorstein, Thorkill, etc. This sculpture represents the ancient beliefs of the early Icelanders as represented by Thor holding a battle ax while in a state of trance, as if preparing for battle.  He sits inside the profile of a bear, the Ice Bear or polar bear found in the northern waters of Greenland and sometimes in North Iceland. The side opposite to Thor is the full profile of the Ice Bear with carved images of dragon heads, wolves, falcons and mythological beasts of ancient Scandinavia.  The animals represent the new birds and animals of their new world.