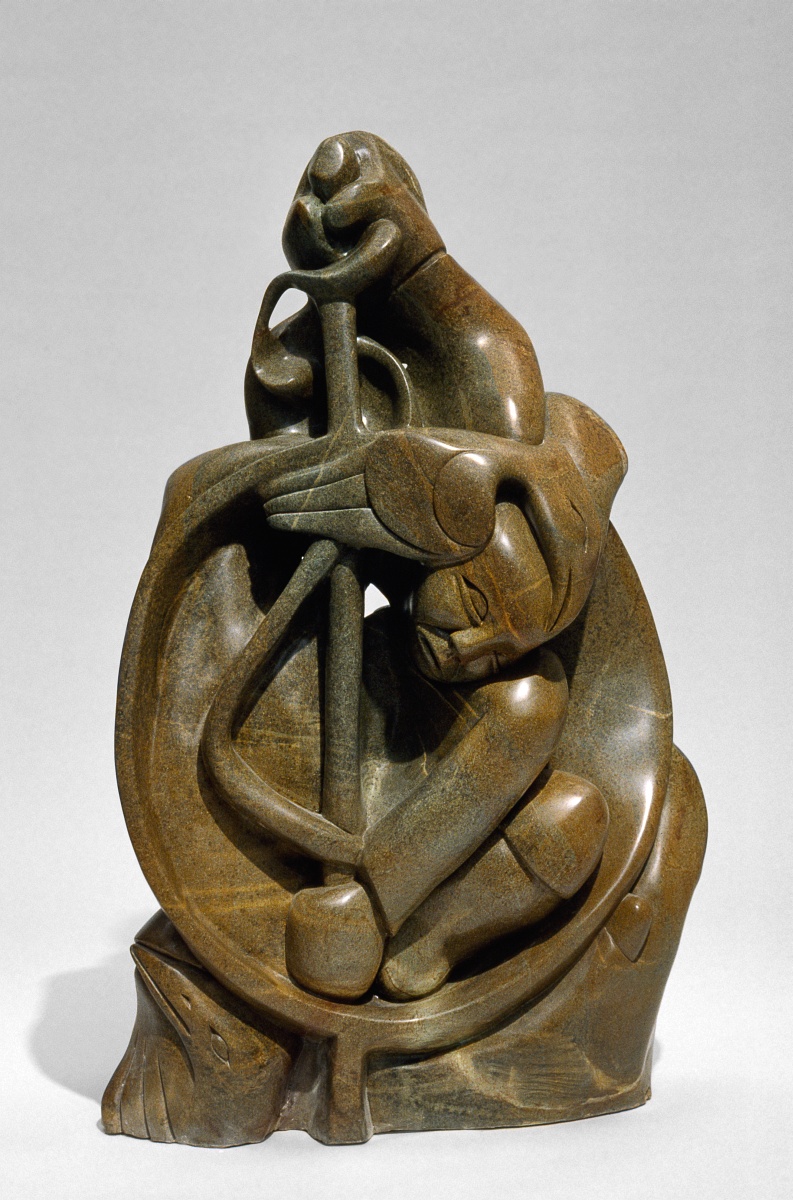 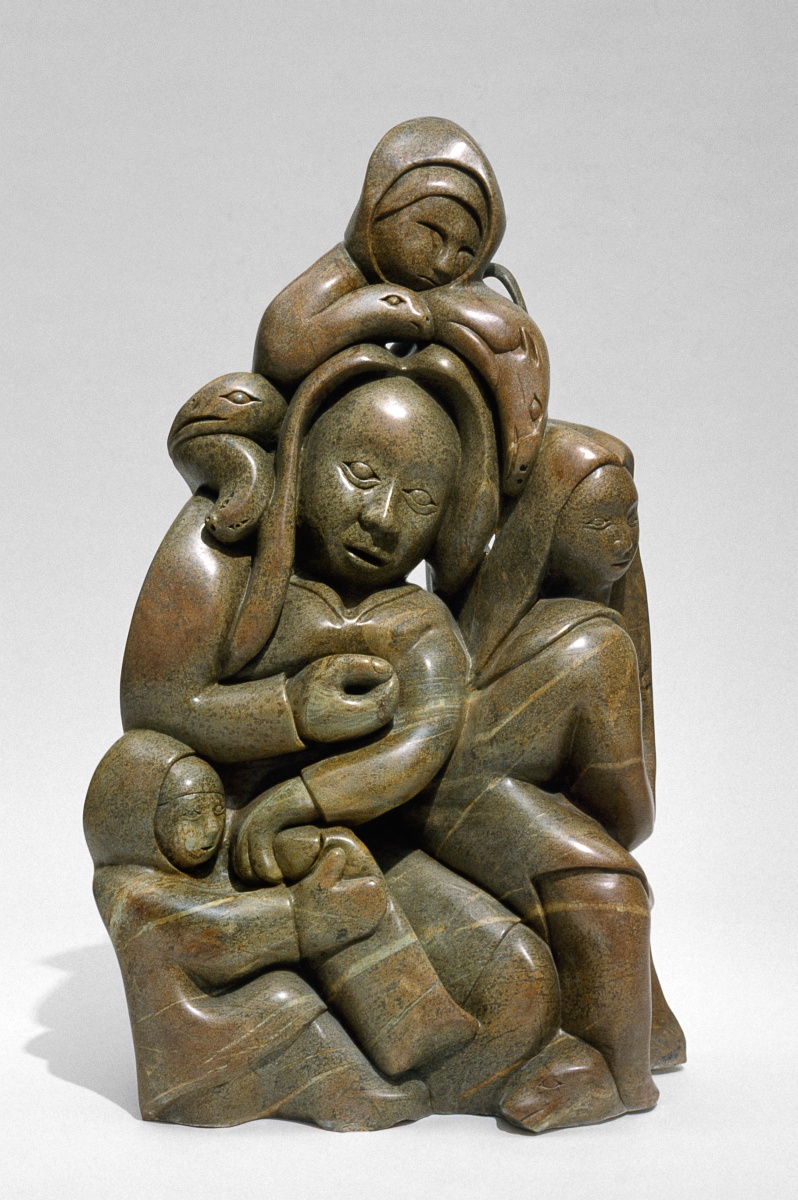 The Hunter and the Seamstress

On one side of this sculpture a woman seamstress is holding a kamik [skin boot] that she has been sewing. She tells stories to her children as she works. The small child above her head is asleep and dreaming of the animals in her stories. His limbs are turning into these animals. On the reverse side is a whale hunter who is also a shaman. The Mackenzie Delta was a whale-hunting region. Life was centered on the hunting of both beluga and bowhead whales, and permanent settlements, like Kittigazuit, were formed. The hunter holds a harpoon, which is also a drumbeater, and he is framed by a circular drum on one side and a half moon on the other. On the man’s head is a stylized raven headdress, as worn by those in positions of authority, such as a boat owner or shaman.