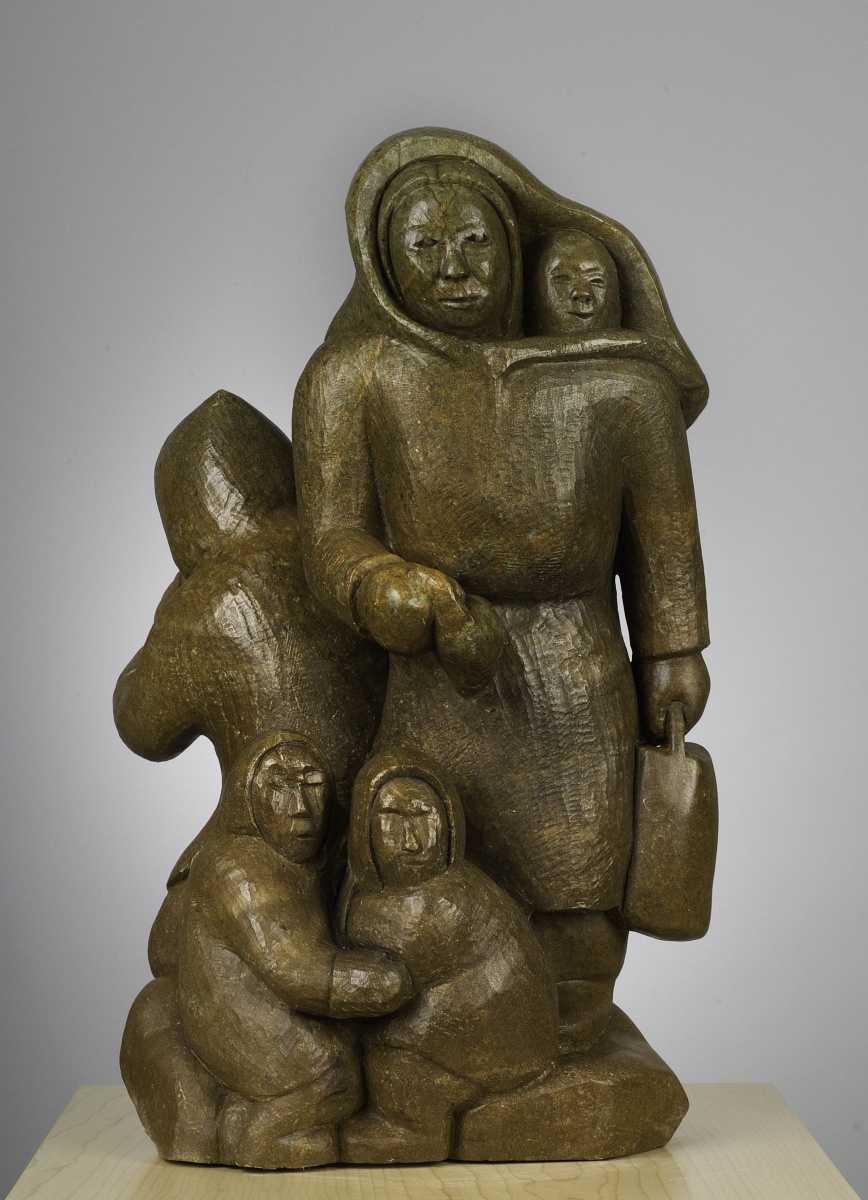 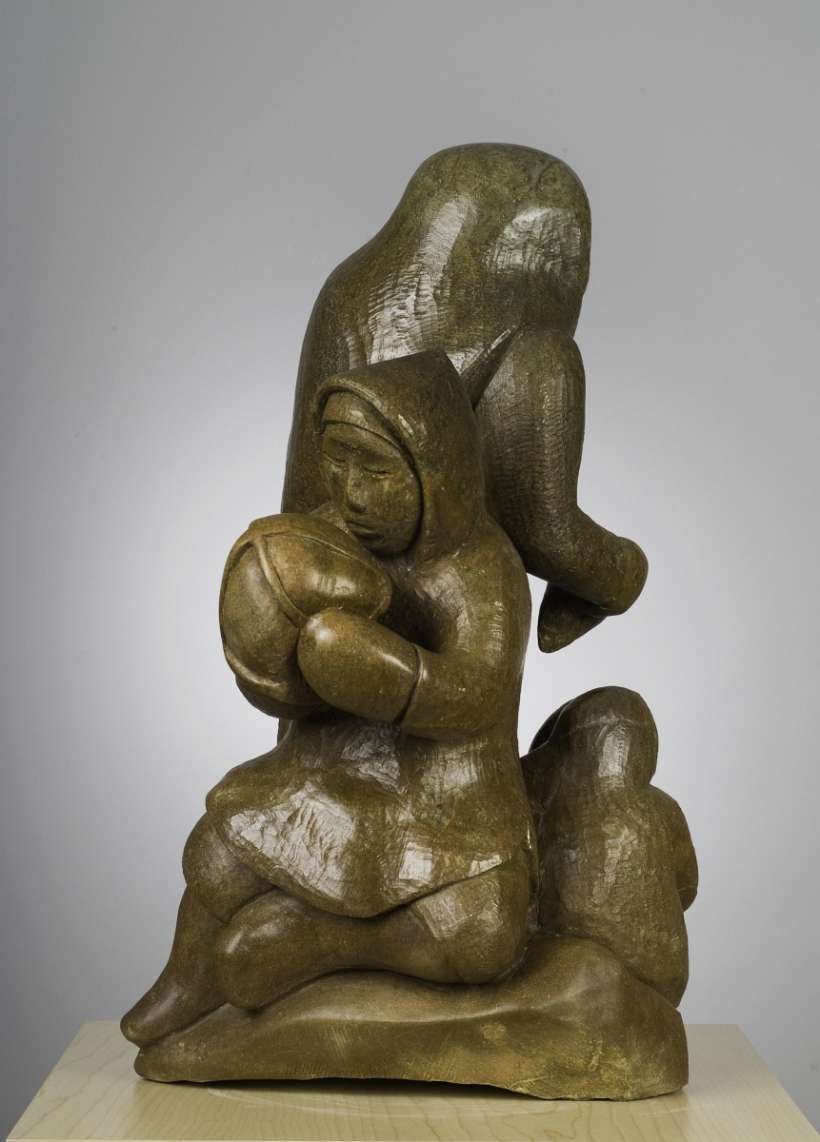 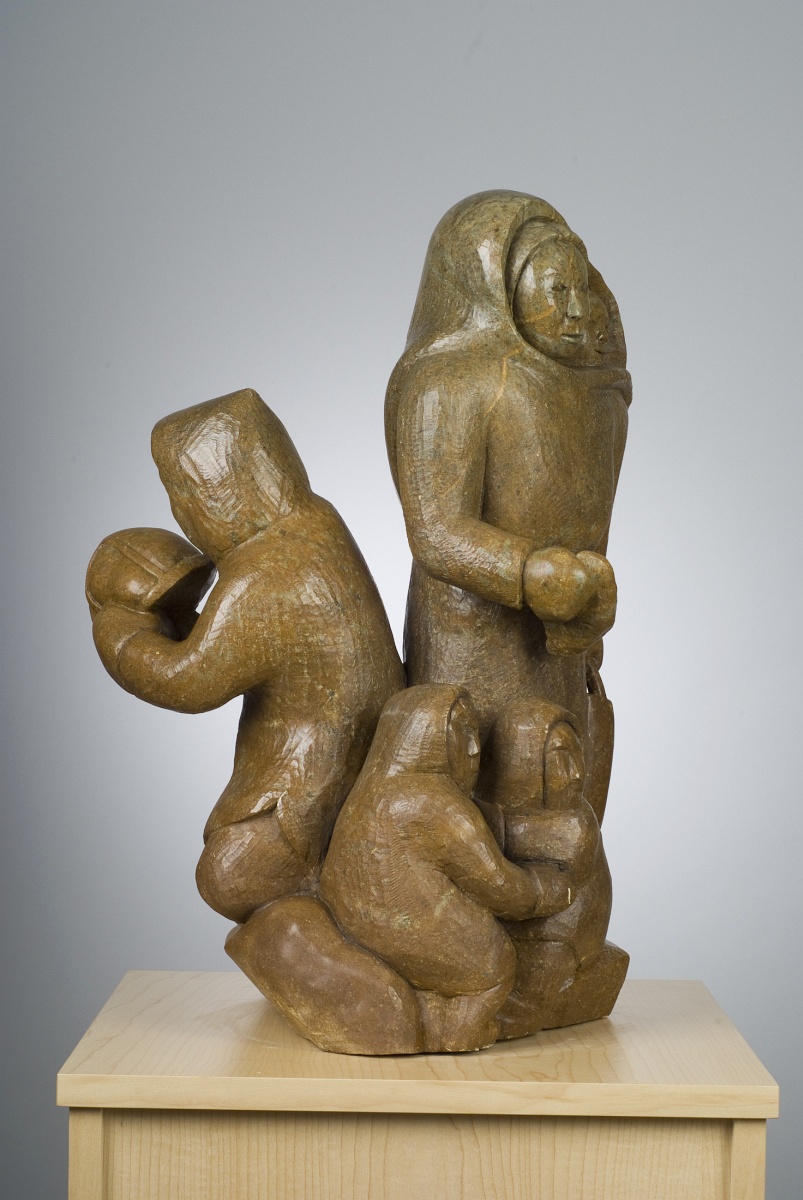 The End – Inuit and Vikings Sculpture

In the course if creating works dealing with the Inuit and Vikings, there is little in the archeological record of the day to day events that took place. What we do know is that, at some point in time between 1000 AD and the 15th Century, the Viking and Inuit met; encounters were not always peaceful, and there were periods of conflict, trade, cooperative hunting and exchange of technology. The Vikings spread from their early bases in Iceland, Greenland and Newfoundland and Baffin Island, the foothold in the new world. Throughout the Viking period of early North America, the Inuit came in successive waves, the Inuit of Mackenzie Delta from North Alaska and the Western Arctic to the settling to the Eastern Arctic and Greenland. With the demise of the Viking settlements in Greenland and the eventual return to Iceland of the Viking survivors, the Inuit migrants came to a land with remnants of the early Viking culture. This sculpture shows an Inuit family stopping en-route to a hunting camp. The husband is holding up a Viking helmet.