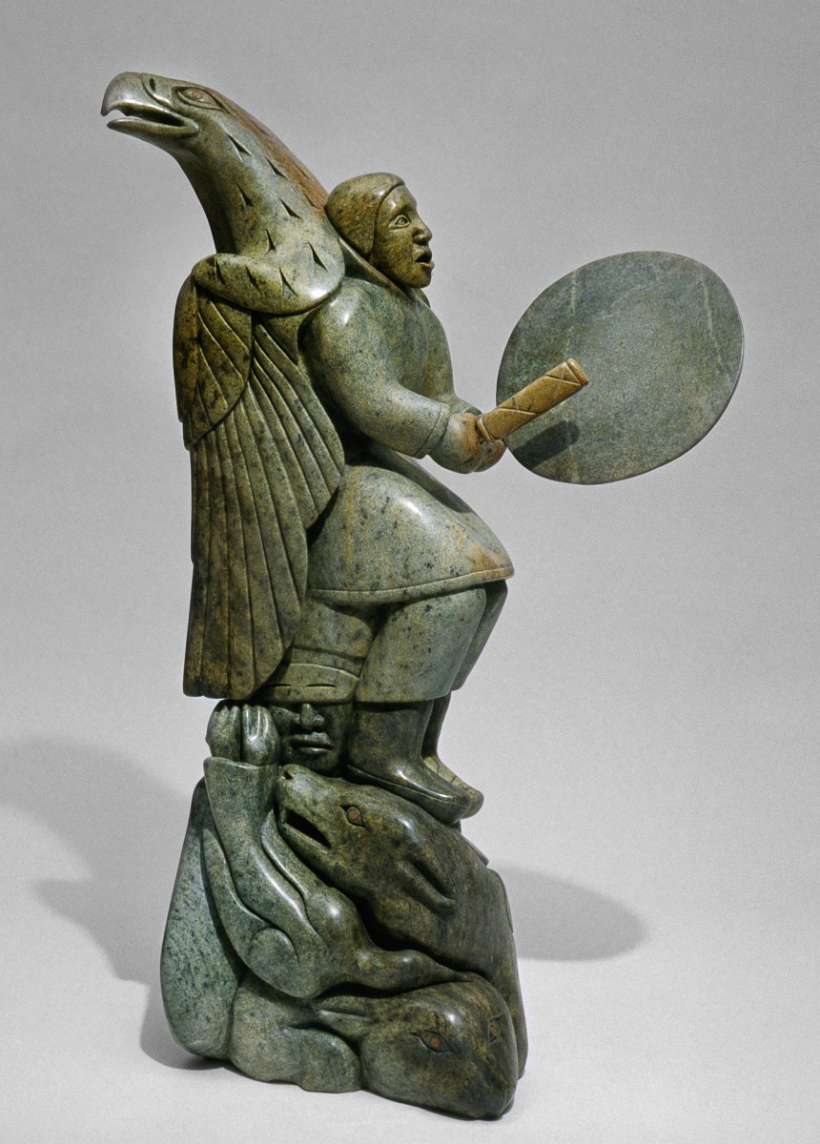 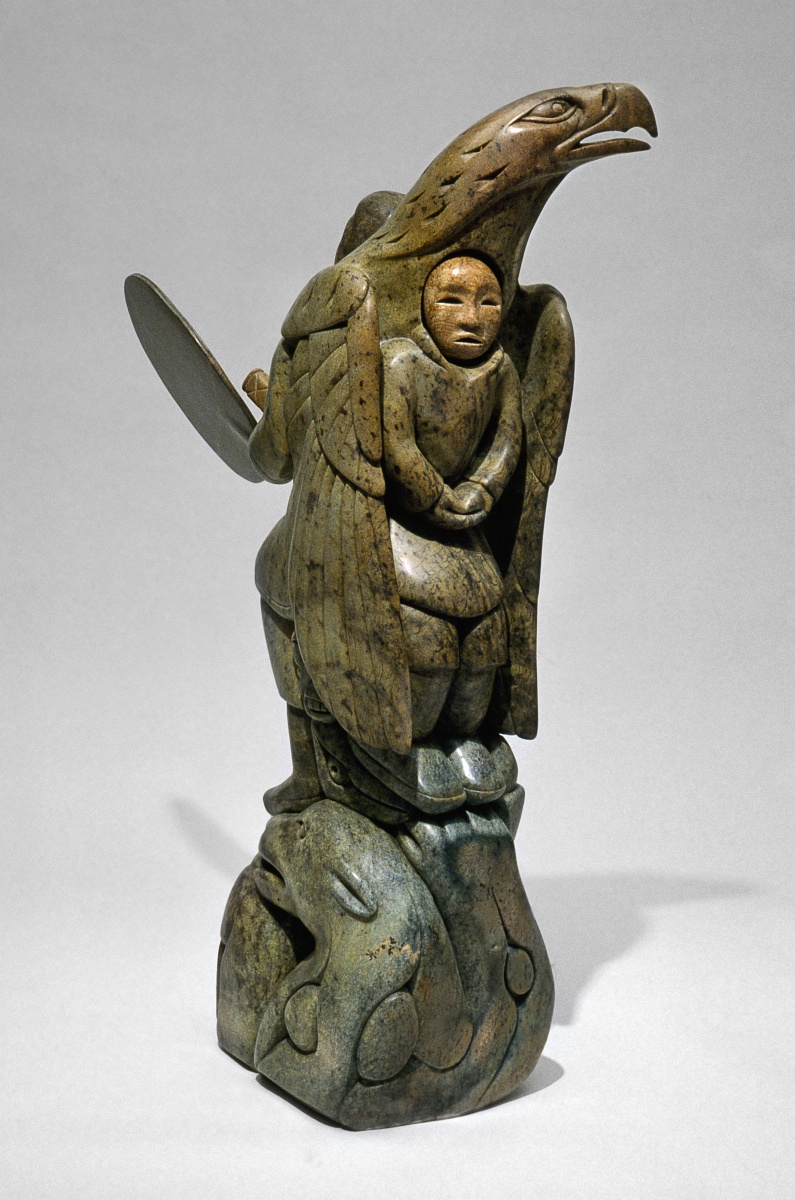 Spirits of the Great Hunt

Collection of The Winnipeg Art Gallery

The principal figures in this sculpture are a shaman (or angatkok) with a drum, and a tingmiupak (or Thunderbird) rising behind the shaman’s head. Within the chest of the Thunderbird is the shaman’s apprentice in a semi-fetal position. Below these three figures are a variety of birds, sea mammals, bears, and a hunter looking through snow goggles. This represents the hunting life of the Arctic, necessary for the survival of Arctic people.

*** The angakkuq: (Inuktitut:angakkuit; Inuvialuktun: angatkuq; Greenlandic: angakok, angákut) is the intellectual and spiritual figure among the Inuit who corresponds to a shaman. Eskimo cultures traditionally had similar spiritual mediators, although shamanism among Eskimo peoples has many forms and variants.