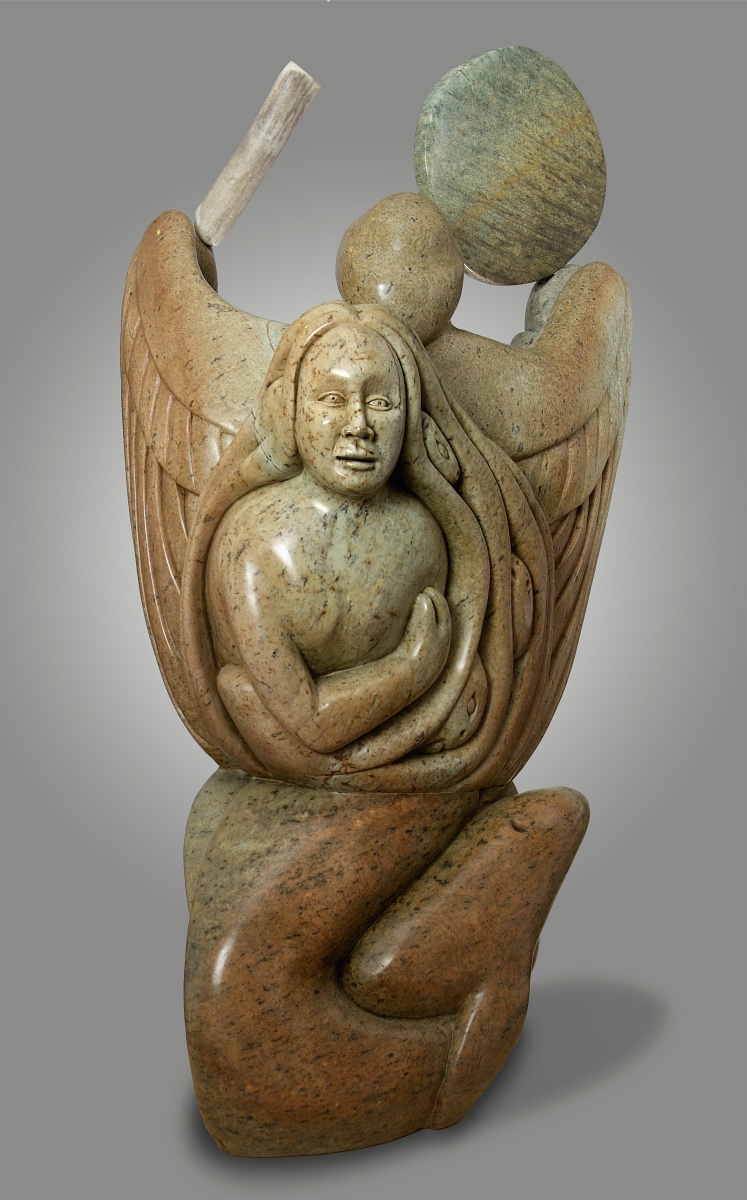 In the years following the great flu epidemic of 1918, an Inuvialuit Shaman came into his own. A Spirit Bird in the form of a giant white falcon appeared to Kublualuk while he was in prayer up in the mountains. This bird  taught Kublualuk how to become like the falcon to achieve flight  and absorb its power.  In this sculpture Kublualuk is shown with his arms raised, cowl-like, to represent his transformation into a bird. He is calling on Sedna, Goddess of the sea creatures, to release game which she is holding back from the people. Sedna is shown on the reverse with her sea creatures.