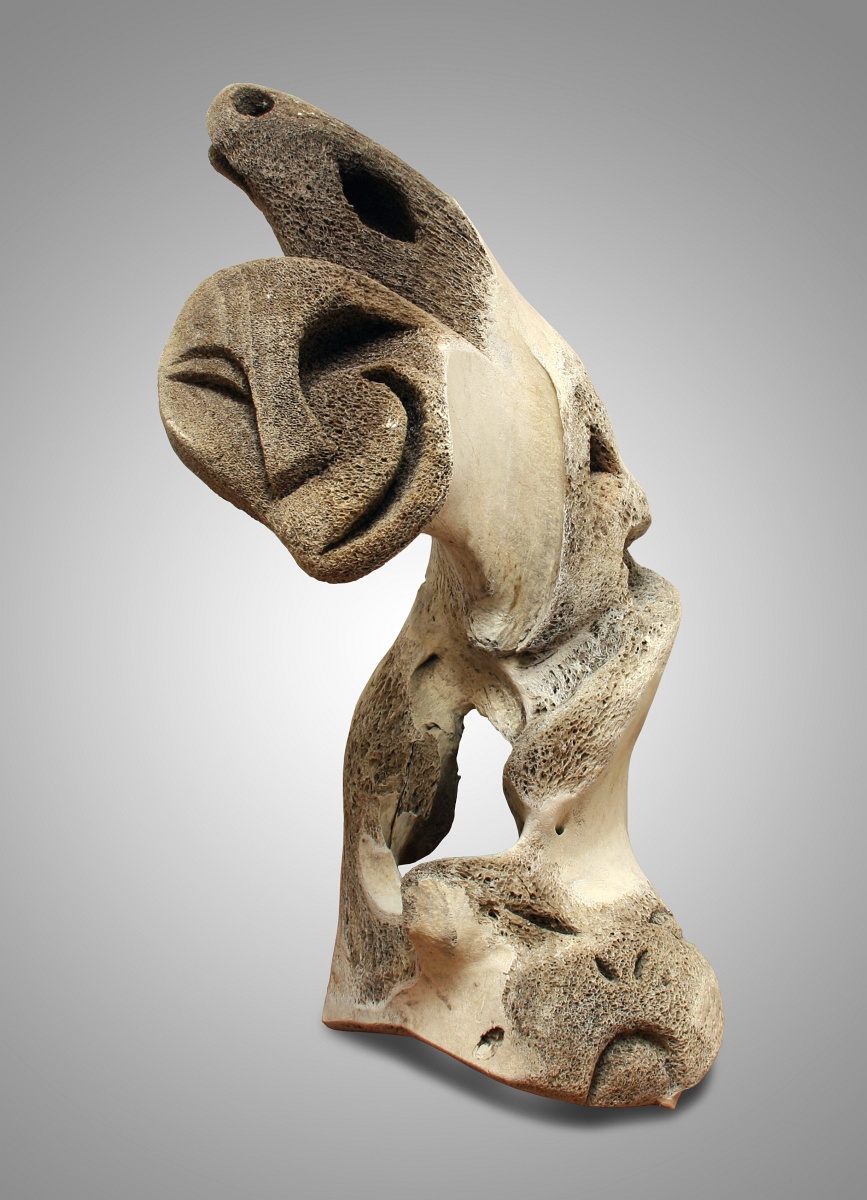 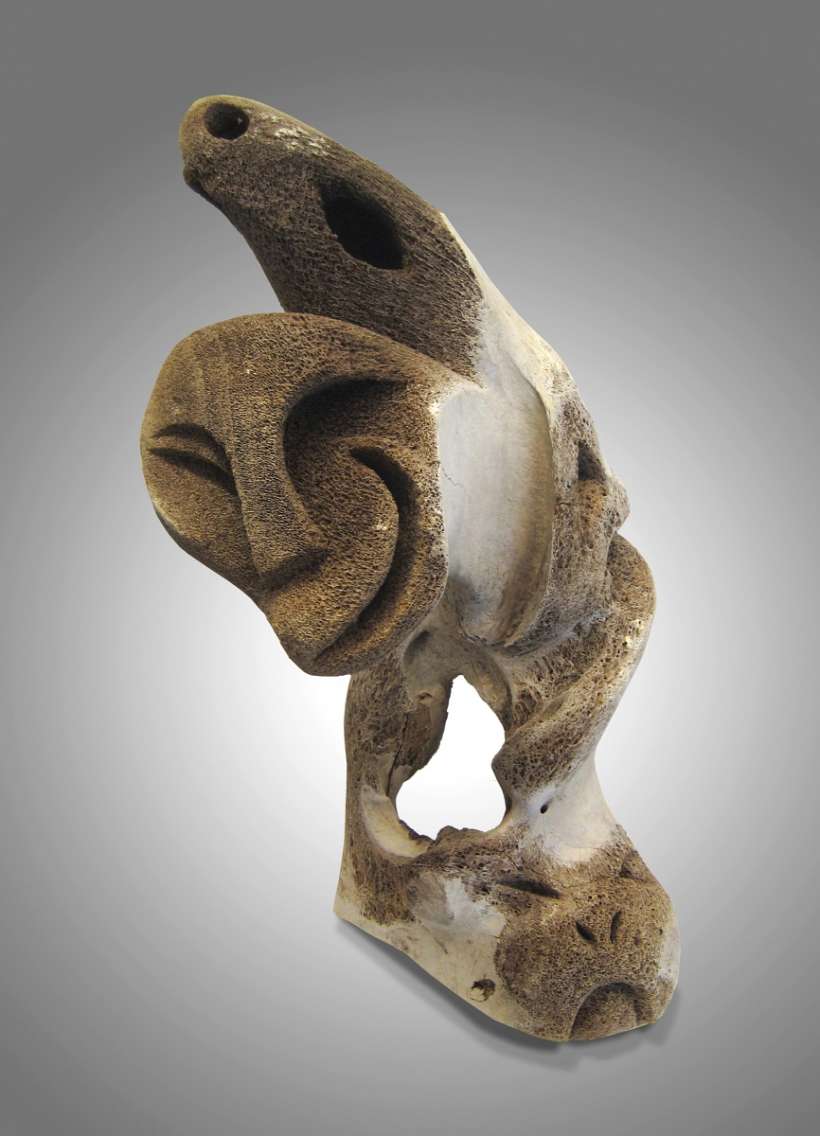 From the Bering Sea to Greenland, the Shaman’s power was depicted both by the polar bear or the walrus. Among male shamans, the male polar bear and bull walrus would portray the shaman’s virility and spirit power. In the Bering Sea and Western Arctic, the Inuit incorporated the male walrus motif into the man’s parka as shown by the two stylized white tusks below the left and right from shoulders. The walrus was the only sea creature that could stand alone against the polar bear.