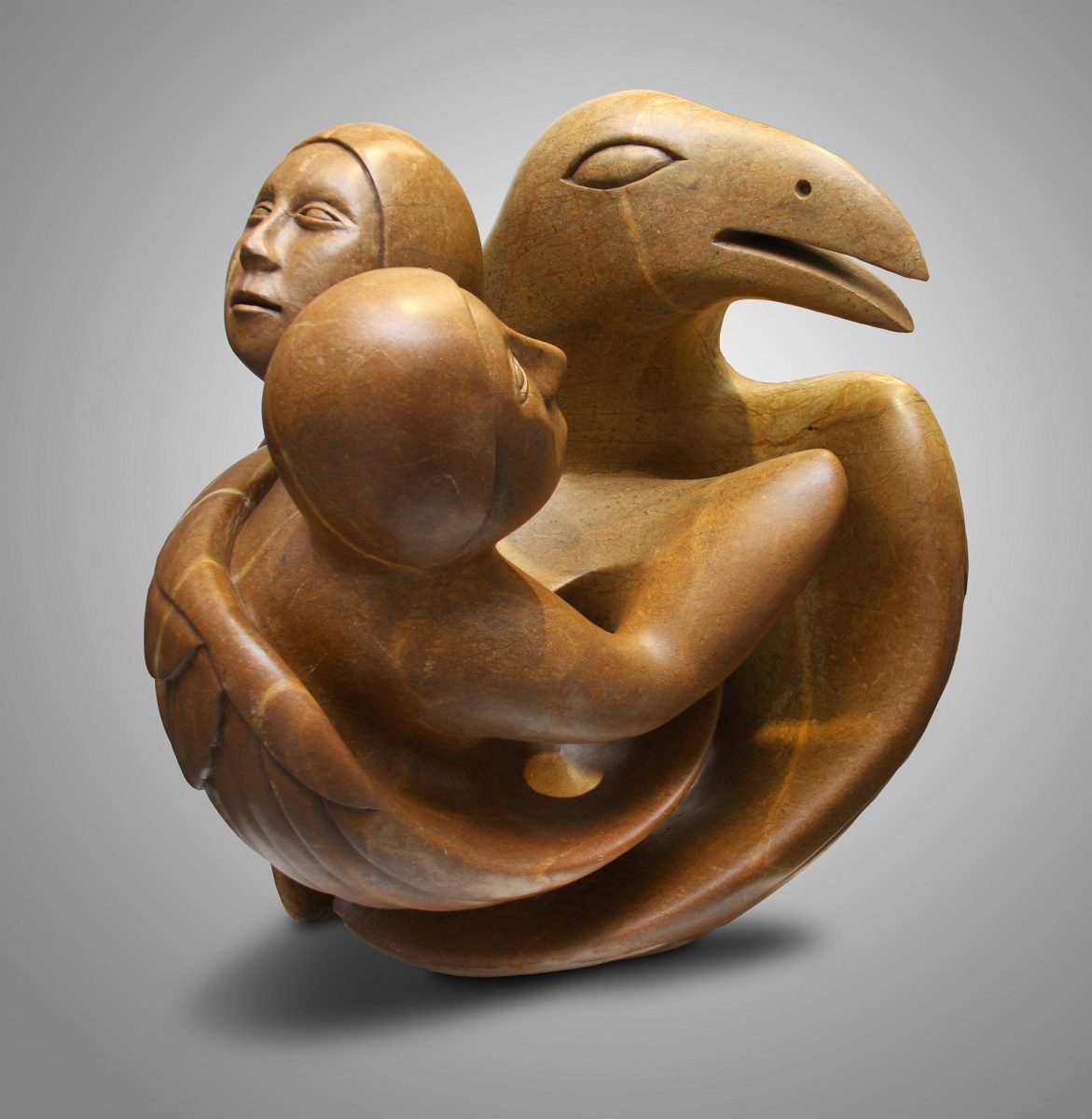 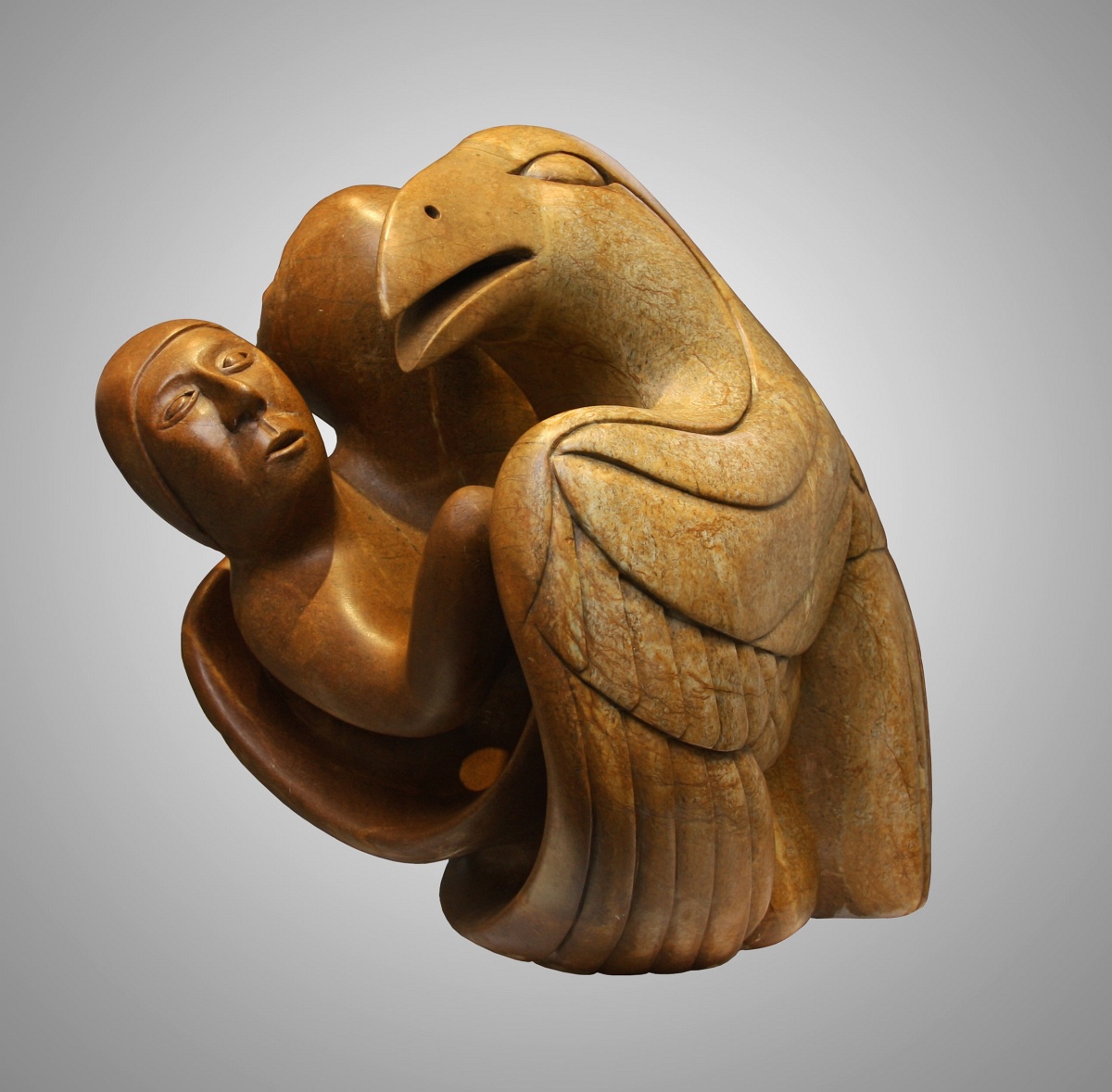 Courtesy of Museum of Inuit Art

Amongst the people of the Bering Sea, there was a common   belief of the Raven—a god in the creation myths. Raven was believed to be the god of the creatures of the land. In the beginning, Raven created man. He then created the green   land and running water & lakes and created all manner of animals and birds in pairs. He gave man companionship and taught man how to hunt and clothe himself from the bounty of   the land. But Raven found man unhappy, so during the night as   man was sleeping, on the banks of a river Raven created woman from clay. When man awoke, he found woman beside him.   Raven said, Man, this is woman. She is to be your partner and   equal in all your endeavours. This is the basis for Inuit people.