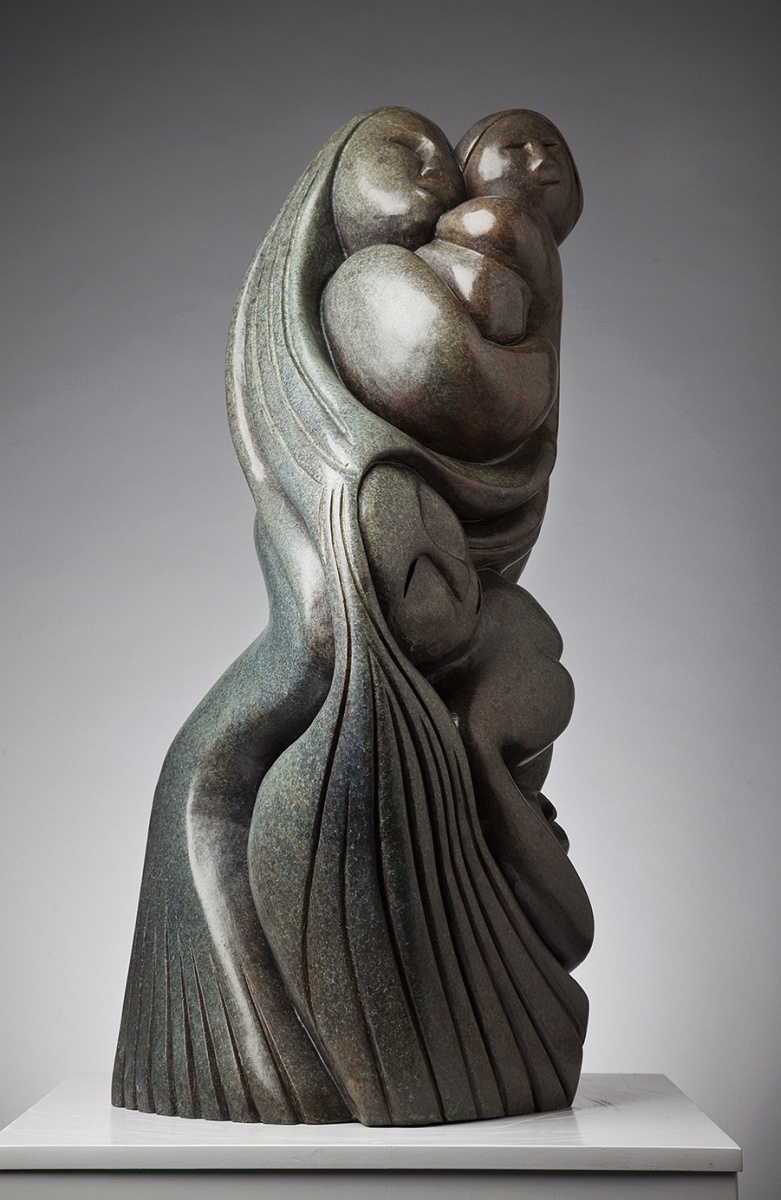 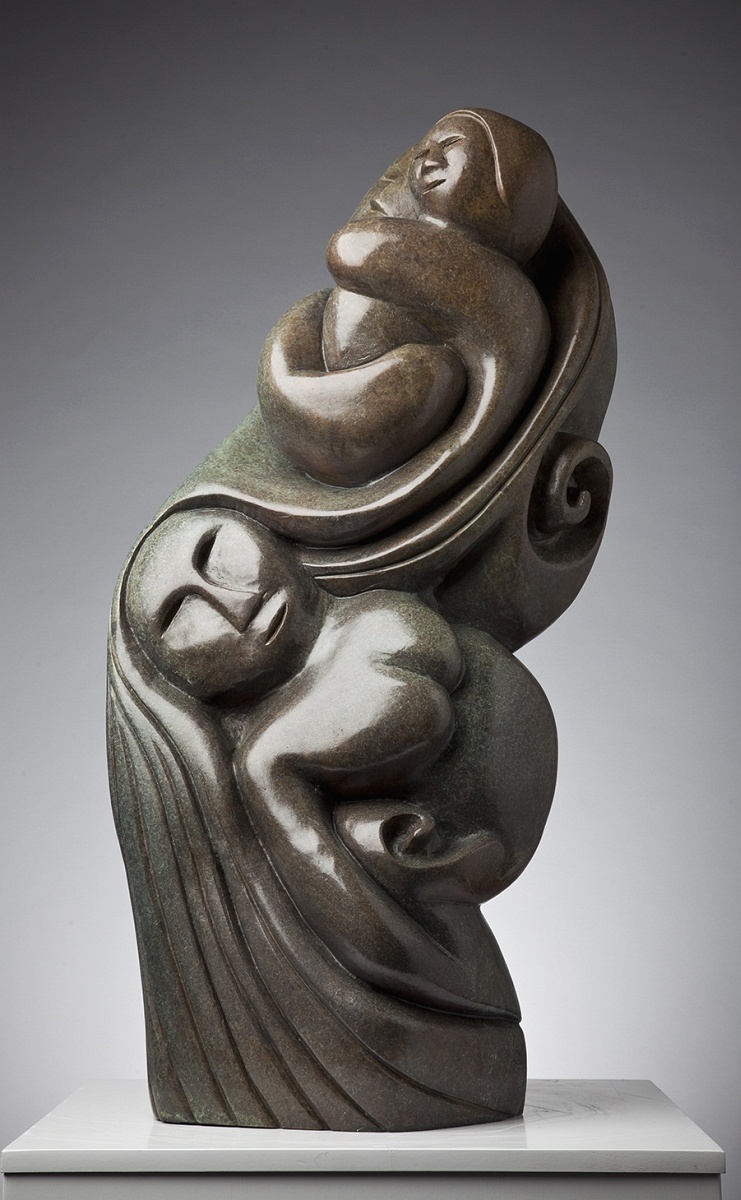 Mother and Child with Sednas

The sculpture of the mother and child with sednas represents to me the Inuit belief in reincarnation. The Inuit believe that the soul of the individual lives on travelling in a continuous circle from life to life. In Inuit culture the passing on of a loved one, and giving their name to a new born child, is their way of honoring the deceased relative and acknowledging their presence again in the newborn child. Sedna is associated with the feminine aspects of the Inuit myths and legends and culture. She too is known as a young maiden, middle aged woman and grandmother.

The mother and child is a recurring theme with the Inuit artist. The mother was the primary authority within the home and enjoyed considerable independence. Her main responsibility was childrearing, and training older girls so that they could dynamically participate in raising children. The mother was responsible for all household duties, such as preparing food, drinking water, cleaning, and making clothing and boots. They were also responsible for making tents.