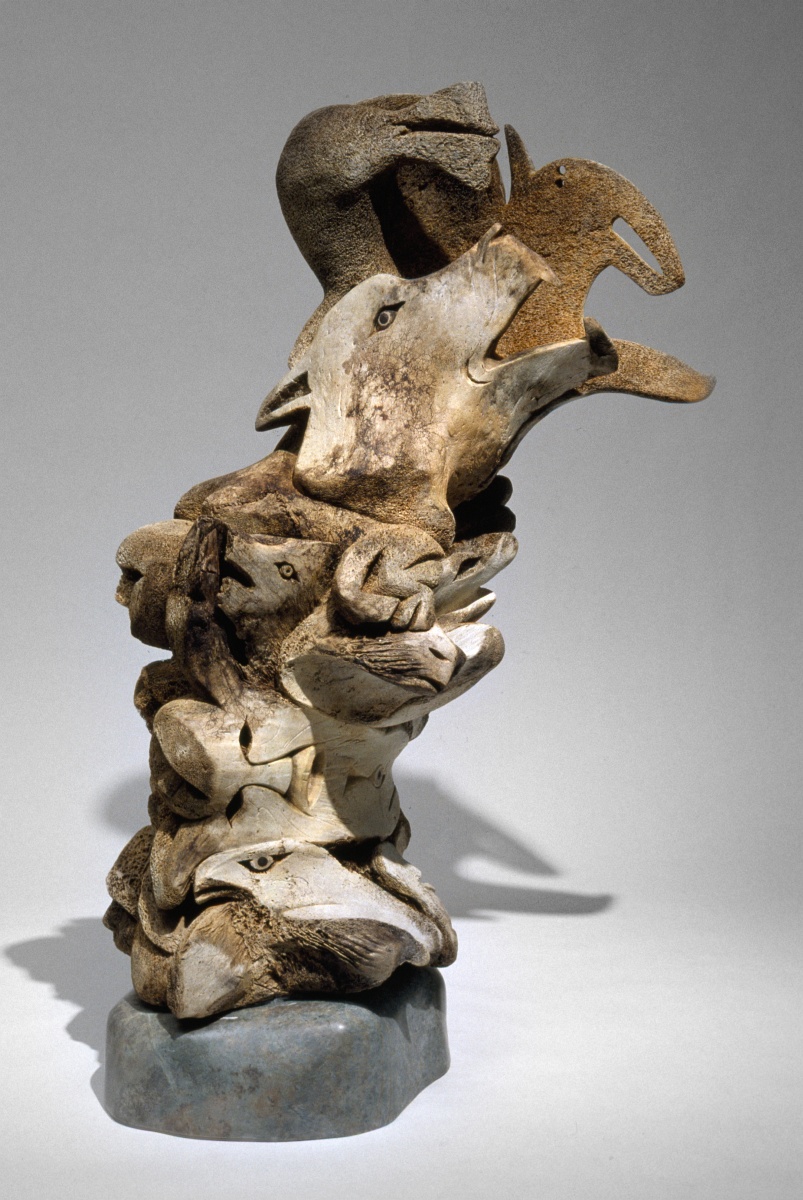 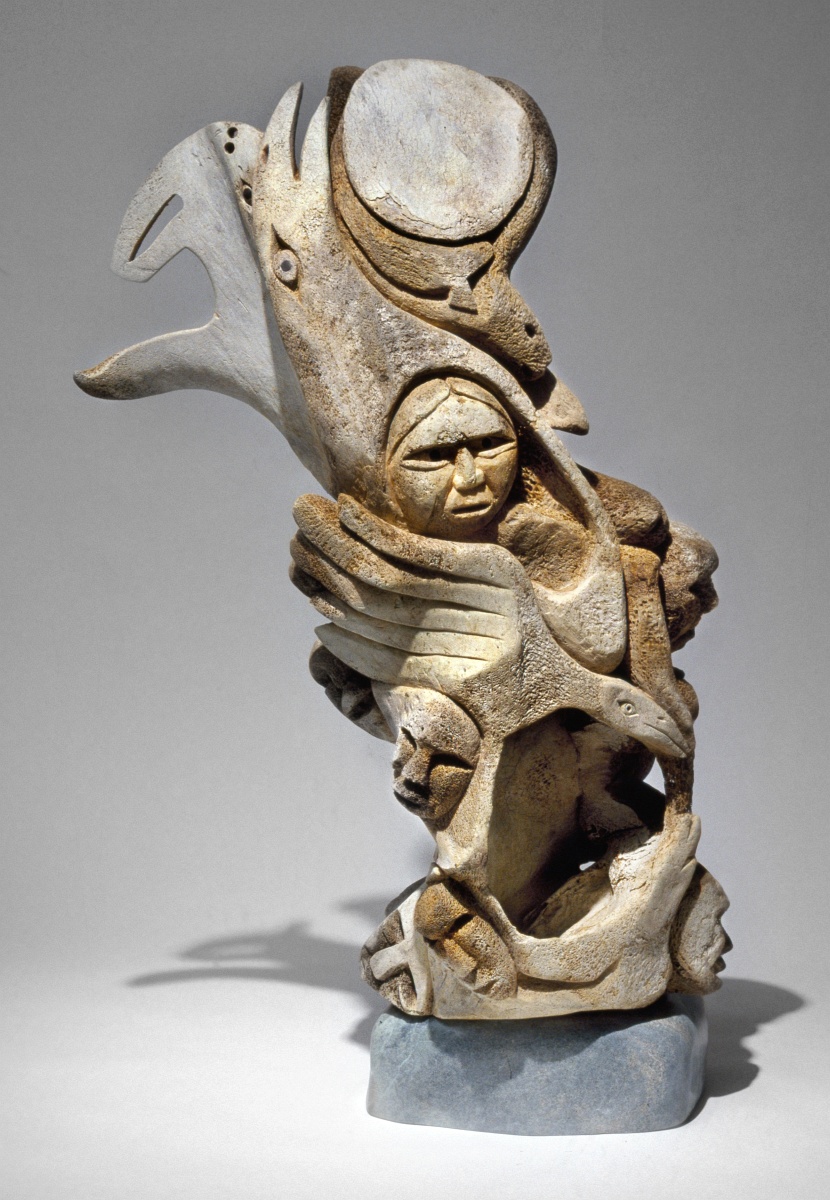 Kittigazuit was once a large and flourishing settlement located on the ocean coastline southwest of Tuktoyaktuk in the Mackenzie Delta area. It flourished in the 19th century because of plentiful fishing, whaling and hunting. However, a series of epidemics of scarlet fever, measles, and influenza from 1865 to 1902 killed many of its inhabitants, including members of the artist’s family. Survivors left the community and dispersed along the coastline, and today it is little more than a landmark on tundra. Kittigazuit is made from an ancient piece of whalebone that was part of the skull of a bowhead whale. At the base of the carving, there are a number of human faces that have no eyes, symbolizing the people who died in the epidemic. They are roughly carved in the porous bone to give a sense of history, indicating that this happened a long time ago. The sculpture has animals clustered around it: loons, seals, ravens, and bears. A raven’s head beside the full moon signifies that, unlike the people, the animals continued on. There is an open space in the skull, signifying an empty land where people used to live. A woman’s amautik (parka) is empty of children, just as the land is empty of people. Not only a generation but also a culture has been lost, as Mackenzie Inuit culture changed with the arrival of many people from Alaska.