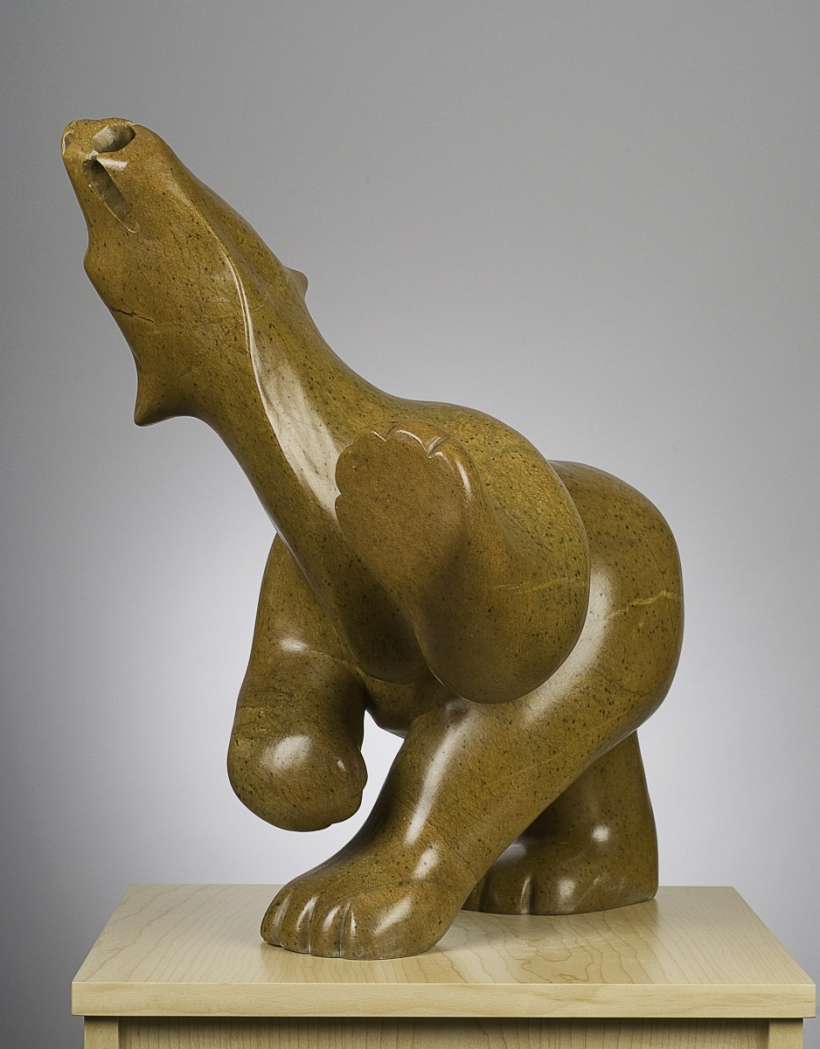 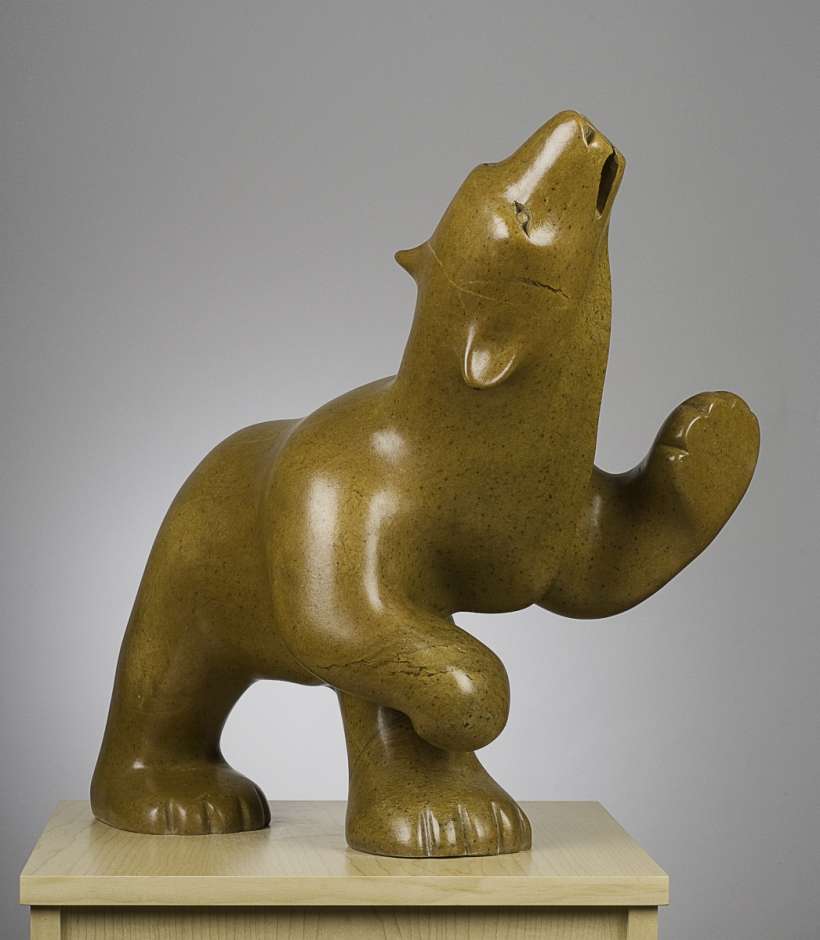 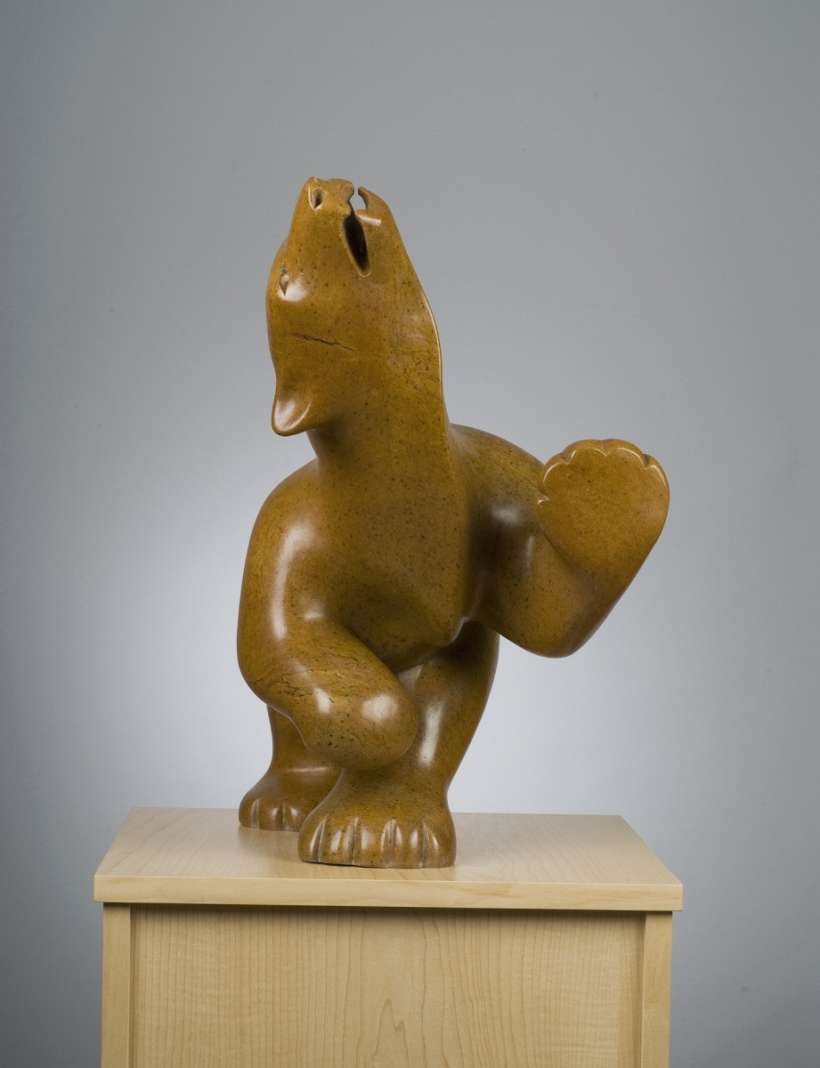 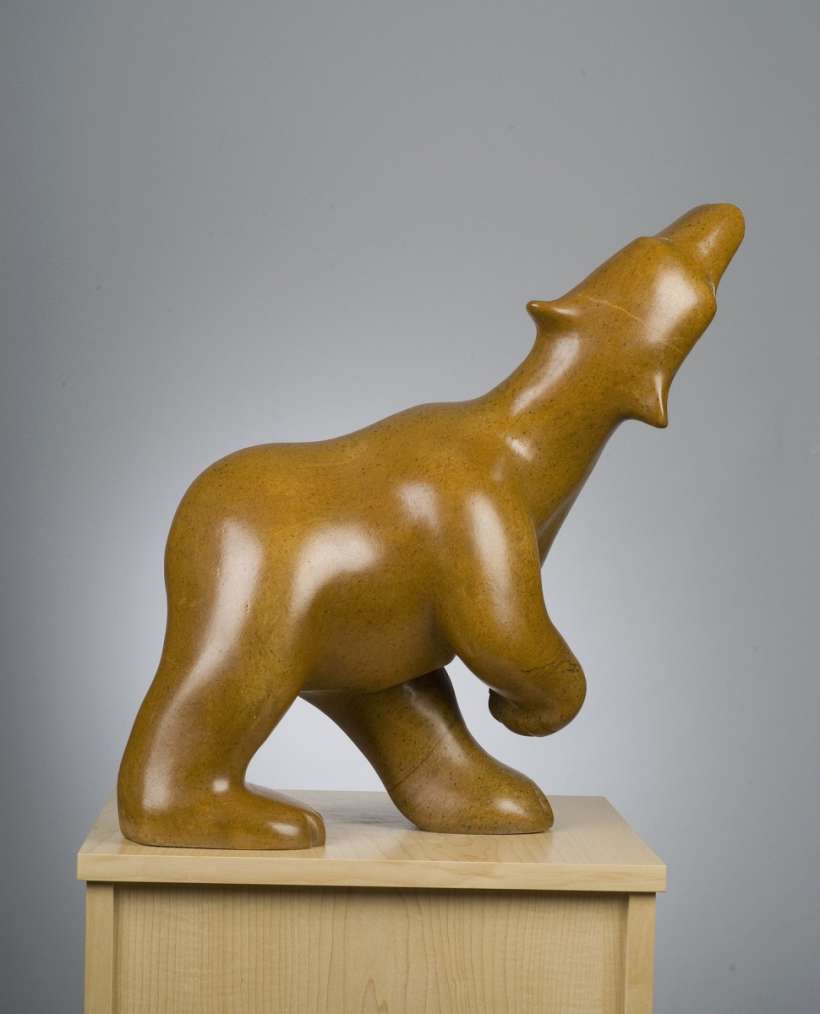 This polar bear or Nanook, as he is called by the Inuit, is dancing and mimicking the movements of a man dancing. He is dancing as if in a state of trance. In Inuit mythology Nanook or Manuk, was thought to be wise and powerful and almost human-like. Traditionally the bear was not only a source of food but also a source of clothing. Amongst the Inuit the polar bear was regarded as the most powerful of the spirit animals, closest to man in his shape and in his ability to hunt for food.