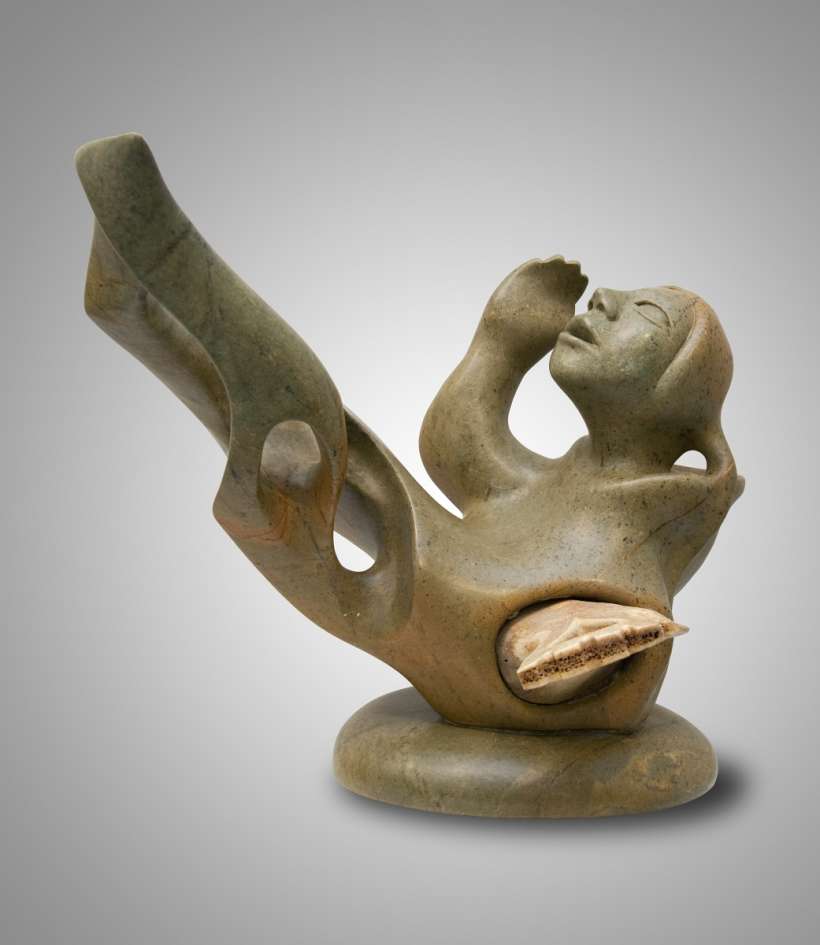 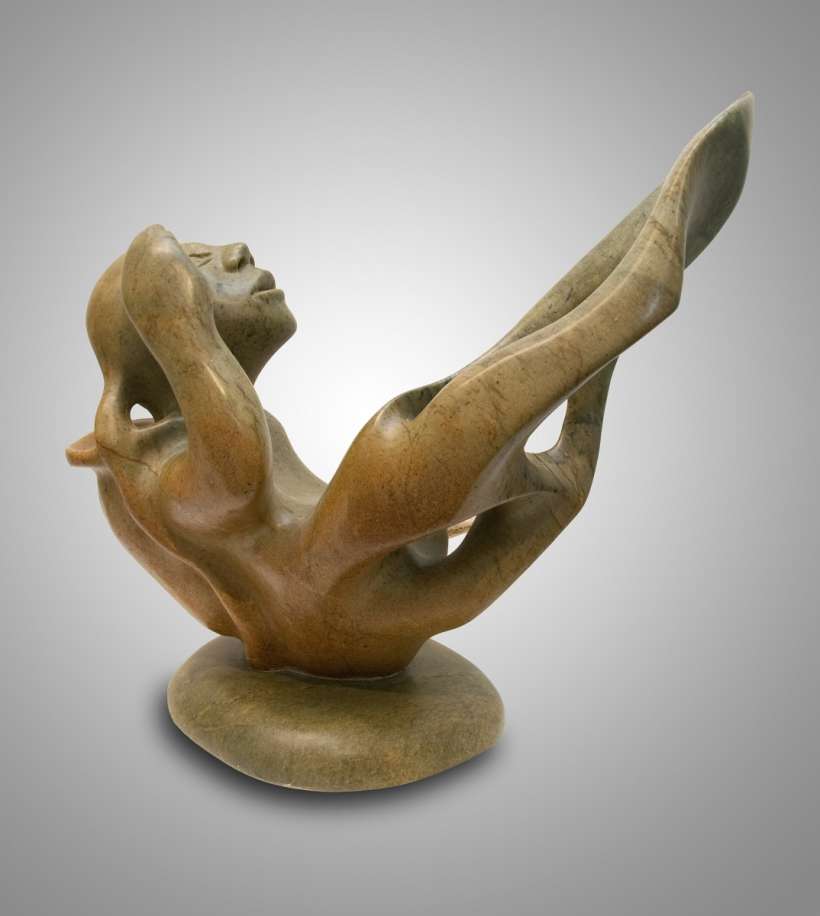 Sedna as goddess of the sea was known in many stages of womanhood. In Siberia and amongst the Bering Sea Inuit she was the Great Grandmother of the sea and a mature woman.  In North Alaska she was seen as an ill-mannered sea creature.  Elsewhere in the Arctic she was seen as a young maiden, mature woman or old hag.  In this sculpture I have depicted her at the moment of her becoming a sea goddess. This legend she has been cast from her father’s boat, drowns, and at the moment of her demise she becomes goddess of the sea; her fingers that were cut off by her  father become seals and other creatures of the sea. She is also known as Nuliajug.