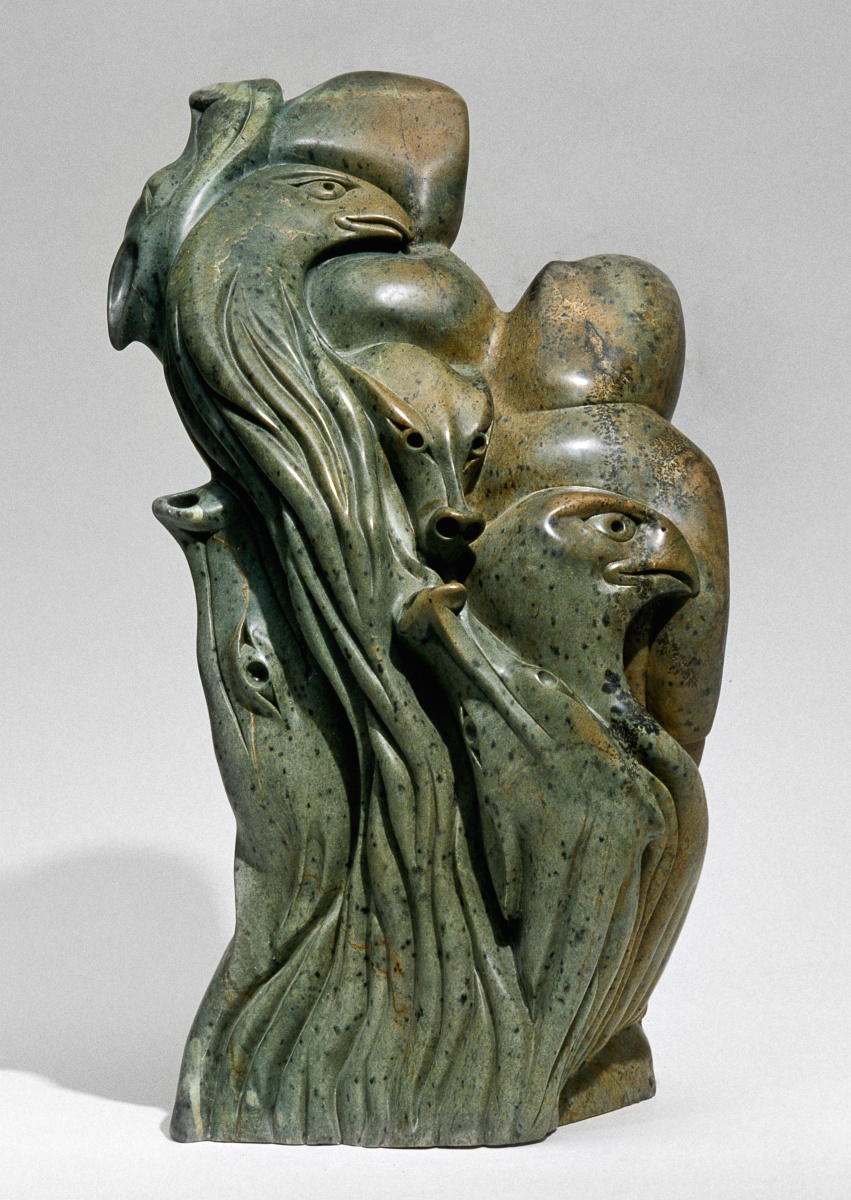 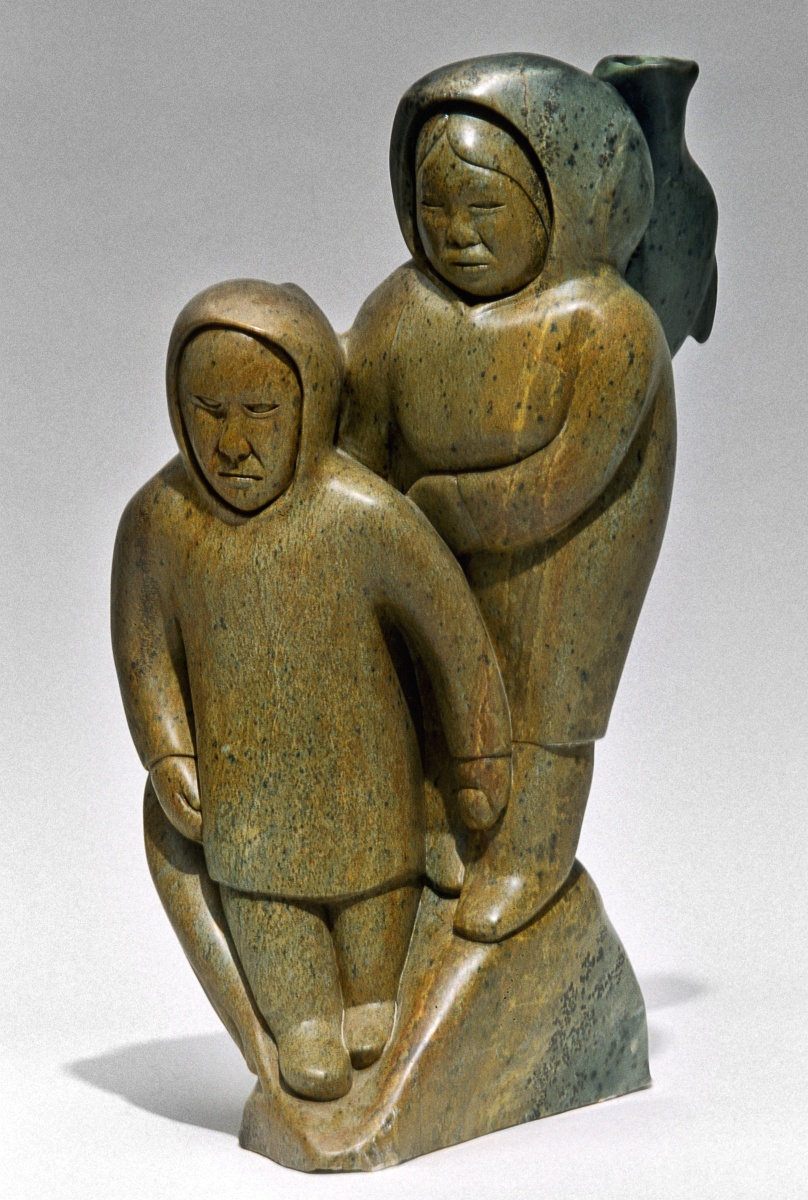 My great-grandparents, Apakark and Kagun, originally came from Alaska in whaling ships, and over the years they gained a wide reputation as a couple who engaged in shamanism. This story about them took place around the turn of the 20th century on Herschel Island, located northeast of Paulatuk. I learned of the story from a book* written by Nuligak, an Inuit man from the Mackenzie Delta. One year, Herschel Island had a late spring and was completely locked in by sea ice. This meant that people could not go to their spring hunting places. Apakark and Kagun were asked to intercede. They performed with drums and songs in a ceremony that allowed them to enter into a trance. They were then able to travel underground with their apprentice, Kublualuk, to see what was causing the island to be locked in by ice. The apprentice described seeing a lake that was on fire with serpent-like monsters that writhed in the flames. Apakark told Kublualuk that he could stay behind if he was afraid, and so Kubualuk watched as Apakark and Kagun went into the flames. They later emerged exhausted, and returned to the surface. That night, a massive storm came in and by morning the sea ice had broken up. The weather medicine that Apakark and Kagun used on this and other occasions gained them much fame.