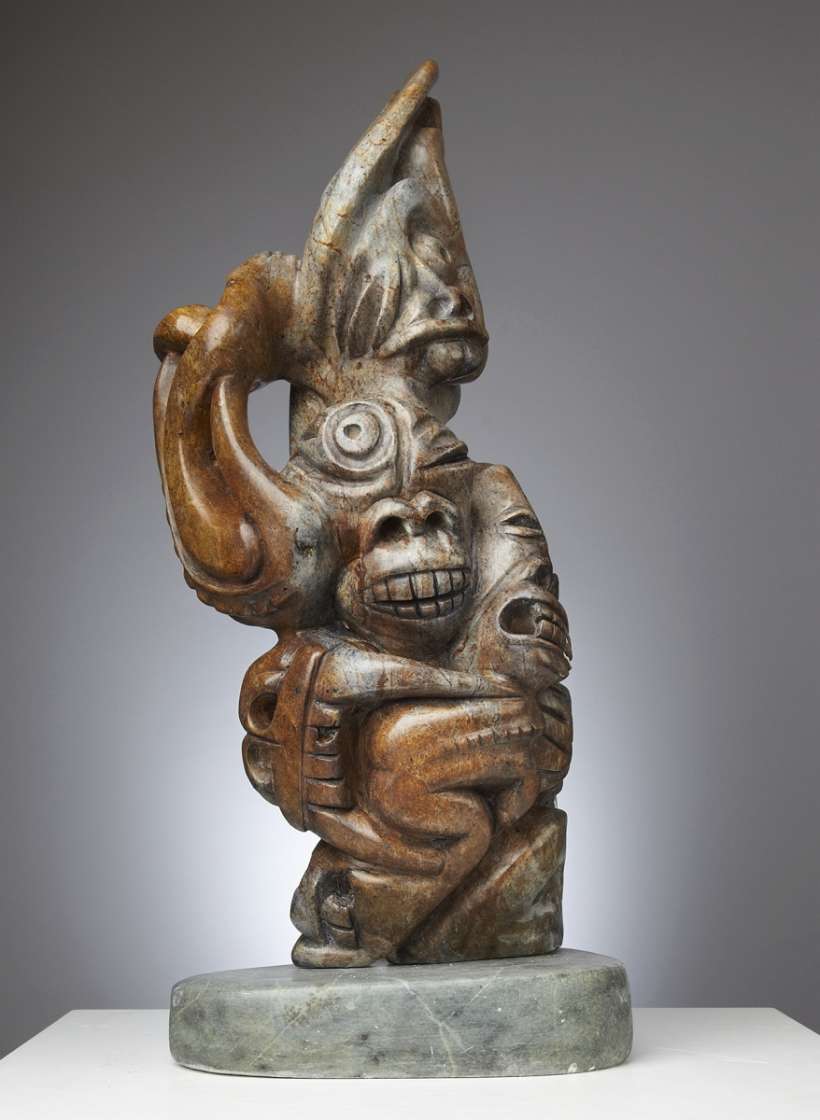 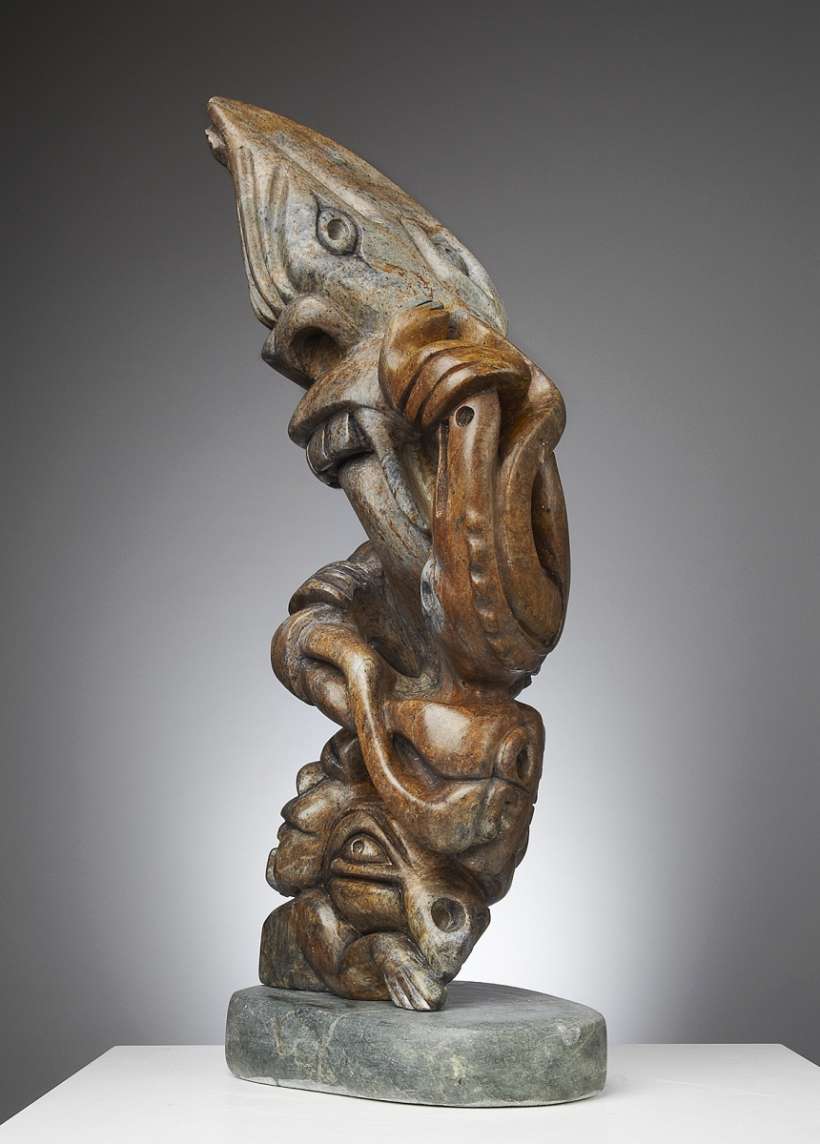 The tupilak is considered to be a mischief spirit that could be called upon by a shaman to do his bidding. In Greenland, the tupilak was a predominant feature of the spirit world and an dominant element in its myths and legends. The images represented the Inuit attempt to bring shape and form to the spirit world. Many depictions are demonic, a mix of birds, animals, and humans. When the shamans called on these spirits to do their bidding, (in cases where the purpose of the bidding was to inflict pain, suffering and possibly death to the victim), the shaman would have to understand that he could become the unwitting recipient of punishments, if the intended victim was not guilty. The shaman had to understand the dynamics of karma.