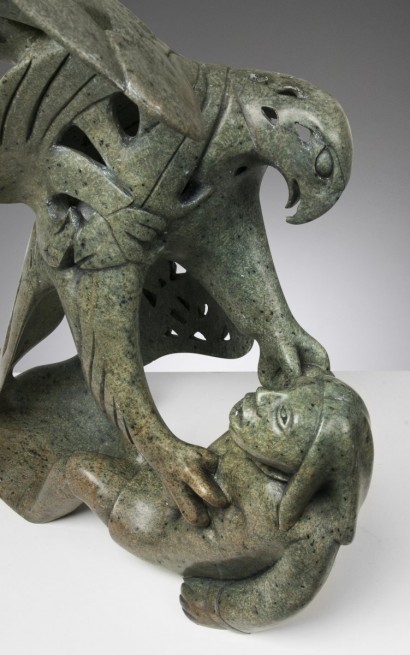 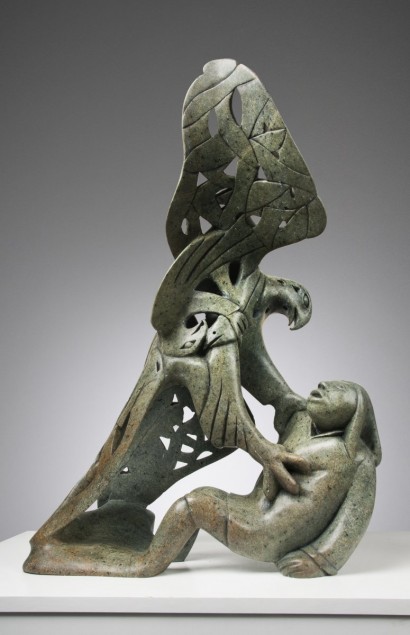 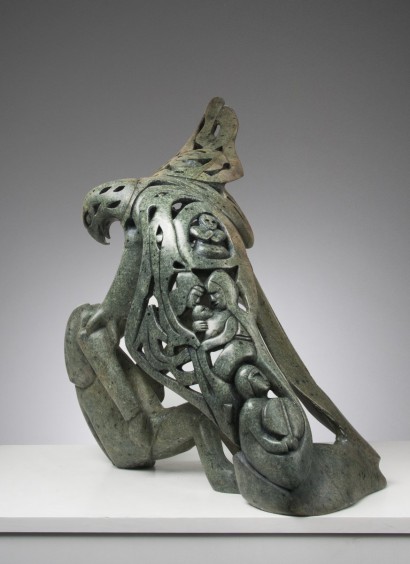 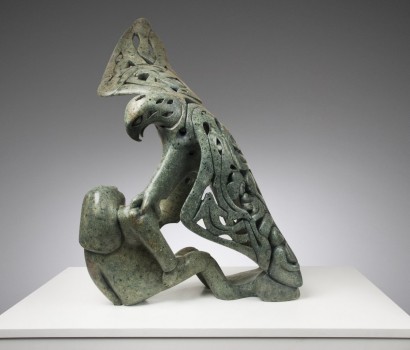 Kublualuk was a man of Inuvialuit ancestry, at the age of fifteen he was my great-grandfathers apprentice shaman. In the aftermath of the 1918 Spanish flu epidemic, the Inuvialuit of the Western Arctic were decimated, and their numbers dwindled down to one hundred and fifty-six survivors. These survivors went Northeast to the Tuktoyakuk peninsula. Amongst the survivors was Kublualuk. In the depths of sorrow and fear for his people he sought guidance by going into the hills to find answers through solitude and prayer. Falling asleep on a hill top, Kublualuk was caught in a fierce storm. Out of the storm came a giant white falcon who grasps Kublualuk’s chest, lifting him into the air. The falcon told a frightened Kublualuk not to be afraid, as he had come in answer to his prayers. The falcon told him that he was here to show him how to become a shaman, and that the gift would be given only on condition that it be used for the benefit and guidance of his people. In the following years Kublualuk became instrumental in the survival of the Inuvialuit. His memory and his stories are still being passed on from family to family.