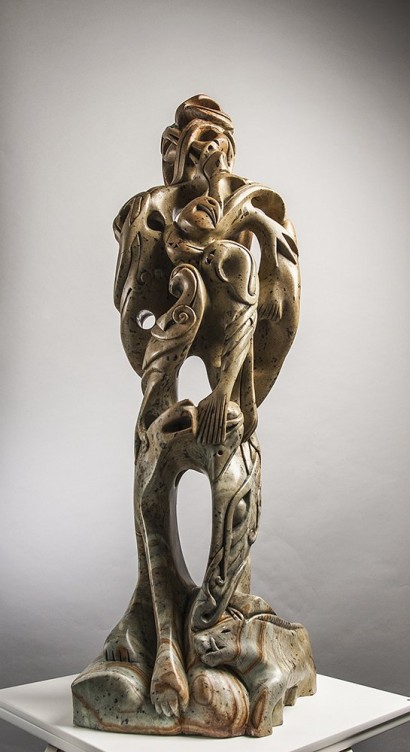 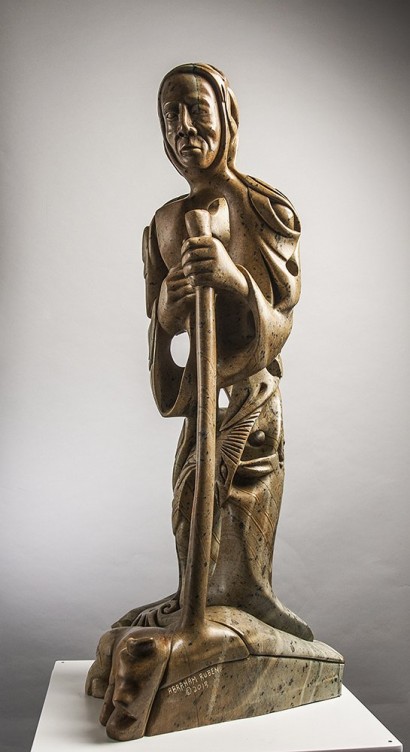 Amergin’s Prayer – The Poem of Eire

This is my interpretation of trying to show the continuity between the ancient druids and the ancient Christians clerics/monks. As the Irish people began to adopt Christianity, many of the druidic families went from druidic practices to becoming Christians priests, bishops etc. What I’m trying to relate through this sculpture is the beliefs of the druids into the later Christian Celtic beliefs; it’s in the tradition of where the holy man goes into the wilderness and receives their initiation into the mysteries. These individuals get their knowledge and understanding of the world around them, it is based on the natural order of things. They spend a lifetime training. These individuals learn the cycles of the land and human psychology and everything that deals with man. Brehons were individuals of the druidic class who were called upon by kings to pass civil judgement on disputes and other things, because of their knowledge and respect. Brehons gave guidance and counsel, that’s why he is walking with a staff and manuscript. In the poem “Amergin’s Prayer” is a suggestion of reincarnation, and echoes of life of all different creatures